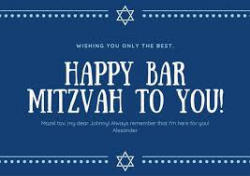 Me and Our Gert aren’t the soppy, sentimental types that go overboard with posh cards that cost a quid or more for each other.  But seeing as it was our ruby wedding anniversary a couple of weeks ago I thought it might be a bit off if I didn’t get her a card at least.

Luckily, she keeps a stack for all eventualities in the sideboard – weddings, birthdays, In Deepest Sympathy, Well Done on Passing Your Test etc.  And I found a couple of “Happy Anniversary” ones; not Our Anniversary you understand unfortunately, but “Best Wishes on Your Anniversary”.  Still beggars and choosers and all that.

But to make up for the Blue Peter nature of it I personalised it with this rather touching verse.

You’ll no doubt see this card is duff

I found it in the drawer;

I know we don’t make such a fuss

But you deserve much more.

I think that I was blessed

That 40 years ago today

I picked you from the rest.

Of course, “the rest” did not exist,

There were no others then

And if I had that self-same choice

She has learned not to expect too much of me, Stephen.
We are indeed like a pair of bookends, MC.

Good one JC.
Birds of a feather weather life together
I'm sure she loves your blinking blether!

I think you rose to the occasion, John.

The sweet spot goes on - just what we all need, a lively diversion from current problems, boom boom! Highly amusing as always John.

Many thanks, Julie. In truth, it’s my wife who deserves the proverbial medal as big as a dustbin lid.

I’ve always thought I was a bit hasty, Graham.

First 40 are the hardest! Well done on not getting kicked out before now. Start saving up for the big 50! Ours next year. Bale’s back, troubles all over! Regards, G

Don't know, Brian. I didn't ask.
You never lose it, Paul.
I knew the date, Greg. Just not that it was that date that day.

I don't believe all that guff about you forgetting your ruby wedding anniversary for one minute, John. But I do believe your poem. Well done. And congratulations to you both.

She is no doubt grateful John!