'A Bradford millionaire': line from The Waste Land is clue to £20,000 donation 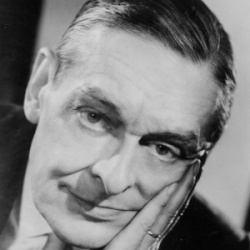 A line from TS Eliot’s poem The Waste Land has provided a bizarre clue to a £20,000 donation from the poet’s estate to the Brontë Parsonage, the BBC has reported. The Covid-19 pandemic has put the museum's future at risk.

The Brontë Society, which runs the museum in Haworth, West Yorkshire, said it had a little-known link to the poet.

Rebecca Yorke, for the Brontë Society said: "It is thought that the 'Bradford millionaire' that Eliot refers to in The Waste Land may have been Sir James Roberts, who was a customer of the bank where Eliot worked. Sir James was a Yorkshire industrialist and philanthropist who bought Haworth Parsonage and gifted it to the Brontë Society in 1928. It's wonderful that there is still a connection between Eliot and the Brontës all these years later."

She added: “The very generous donation from the TS Eliot estate was totally unexpected and has given our fundraising a huge boost, we are extremely grateful and touched by their support."

The lines in question come in The Waste Land when Eliot imagines and describes - with evident distaste – a brief sexual encounter involving a typist and “a small house agent’s clerk … One of the low, on whom assurance sits / As a silk hat on a Bradford millionaire.”

According to the website Writing Family History, the only Bradford millionaire Eliot, in his post as a bank clerk, might have met was Sir James Roberts, by then the owner of Saltaire. Sir James, who was born near Haworth, was a regular visitor to Eliot’s bank to press his case for reparations for the financial losses his business suffered as a result of the Russian revolution in 1917. As a boy he is said to have known Charlotte Brontë, and to have heard her father preach

The Parsonage, which was the family home of Charlotte, Anne and Emily Brontë, usually attracts more than 70,000 visitors per year. It was forced to close during lockdown and only reopened to the public over the August Bank Holiday weekend. The Parsonage was unable to welcome the usual number of visitors due to the "intimate nature of the house”, Ms Yorke said.

The Bronte Society has informed staff of a period of consultation which may lead to redundancies. A crowdfunding appeal has been launched, and so far more than £47,000 has been raised towards the £100,000 target. An online festival, #Bronte2020, took place on Friday, contributing more than £6,500.

A trustee of the TS Eliot estate said the donation had been made possible due to the success of the musical Cats.