Home » Poetry News, Reviews and Opinion » Beyond the Storm competition 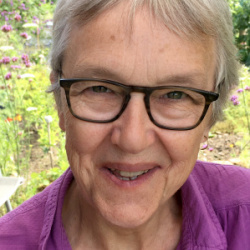 Caroline Griffin has won Write Out Loud’s Beyond the Storm poetry competition in aid of NHS Charities Together Covid-19 Urgent Appeal with her poem ‘Occupation (Lockdown April 2020)’. At the same time ‘Corn Chandelier’ by Lawrence Illsley has been named the winner of the People’s Vote. On receiving the news Caroline said: "I'm absolutely thrilled that Andrew McMillan chose my poem. Thank you so much for all the hard work you’ve put into organising the competition. Save the NHS!" Lawrence Illsley, winner of our People's Vote - an initiative to involve more people at every stage of the competition - said: "What brilliant news to receive on a sunny Saturday! So happy to have won the People's Vote."

In his judge’s comments Andrew McMillan, who generously waived his competition fee, said: “This isn’t a new thought, and certainly I’ve said it plenty of times over the last few weeks and months, but the poetry that comes out of these times will be studied in the years and decades to come, a historical record of what we collectively and individually lived through. Just as we go to first-person accounts of other historical epochs, so too schoolchildren, finally allowed back into full classrooms, students streaming back into lecture theatres, scholars quietly sitting back in the libraries, will study what people wrote in the months of lockdown and the uncertain times that preceded and followed it.

“Within the poems submitted to this competition there were some which took a macro approach, talking about the whole of the past few months and weighing it on the page; some mourned loss, others longed for freedom, but the ones which I’ve ended up choosing, in my opinion, manage to successfully write about their chosen topic by accepting that they can’t write about the whole. Perhaps a moment of silence in a garden, a personal experience or an examination of life having to continue despite everything, tells us just as much about the lived reality of surviving a pandemic as statistics or headlines do.

“Each of these poems pulses with worry, with relief, with fear, with anger, with trepidation and hope, all the emotions we’ve experienced since the start of the pandemic. There were so many poems I could have chosen, but I ended up landing on these. I hope they bring you some solace, and I hope in a decade we’ll read them again, and remember.”

Our competition winner Caroline Griffin was born in the Midlands and lives in London, working as a teacher. Her poems can be found in her collection, Passion is Everywhere Appropriate, and have appeared in the anthologies One Foot on the Mountain (1979), Beautiful Barbarians (1986), and Not for the Academy (1999), all published by Onlywomen Press. She has also contributed poems to the anthologies Naming the Waves (Virago, 1988) and Generations (Penguin Books, 1998). The play More, co-written with Maro Green, is published in Plays by Women Vol.6 (Methuen 1986). 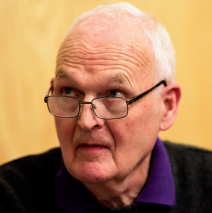 Paul Francis was placed second by Andrew McMillan, for his poem ‘Short-Term Investment’. Paul has won three national competitions, and was placed in the top three of the Guernsey On the Move competition in 2010, 2014 and 2015. His most recent full collection is Sonnets with notes (Liberty Books, 2019), but he’s also published a range of topical pamphlets. He’s heavily involved in the West Midlands poetry performance circuit, taking part in readings at Shrewsbury, Ludlow, Wolverhampton, Walsall, Burton and Lichfield, and was the Wenlock poetry festival poet-in-residence in 2016. During three months of lockdown in 2020, he wrote and posted a sonnet a day on his website. 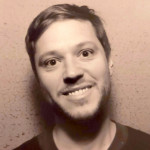 Third place went to Lawrence Illsley, for his poem ‘Corn Chandelier’, which also won the People’s Vote. Lawrence is an award-winning poet whose collection, A Brief History of Trees, won the Live Canon Collection competition and the Sophie Warne award this year. His poems have been shortlisted for the Bridport prize and regularly appear in magazines and anthologies. He is poetry editor at the Mechanics' Institute Review. Instagram @abriefhistoryoftrees Twitter @Lawrence_poet 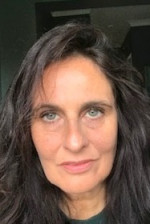 There were also three highly commended poets. Deborah Ballantyne (‘Newly Qualified’) is a secondary school teacher. She was born in Hull, and now lives in York. She said: “The inspiration for my poem ‘Newly Qualified’ was my daughter, who was in her first nursing post on the acute medical ward of a Manchester hospital when Covid hit. She worried that as a new nurse with lots still to learn she might not be able to give her patients the care they needed. Her biggest fear was not for herself, but that she might pass the virus on without realising to somebody who was already acutely unwell. It felt like she was being thrown into adult and professional life at the deep end, and it was hard not being able to see her or ‘mother’ her through the experience as closely as I would have liked. We are so proud of what she, and thousands of other people like her, have contributed and achieved.” 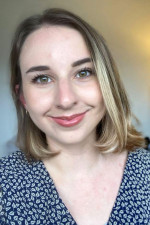 Ruth Beddow (‘Dungeness’) works on international heritage projects at Historic England. Originally from a suburb of Birmingham, she now lives in London where she studied English and Transnational Studies. Although she has written from a young age, Ruth has devoted more time to poetry since studying at the Poetry School. She speaks German and volunteers with an oral history project. You can find more of her poetry here 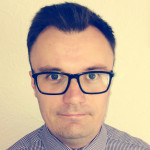 Paul Williams (‘Wet Washing’) is a poet, writer and musician from Chester. He was first inspired to write poetry after watching The Basketball Diaries when he was 13 years old. Since then he has been trying to find a way to document life in small town England in poetic form. His work has been published by Amethyst Poetry and local zine We Are Chester. He is a member of the Open University Poetry Society. Paul currently lives in Milton Keynes where he works in a local school as a drama teacher.

The competition had a total of 2,381 entries, and so far has raised more than £7,500 for the NHS Charities Together Covid-19 Urgent Appeal. We hope and expect that the sales of our competition anthology containing 100 poems will add to that total. You can find all the names in the anthology here and you can pre-order a copy here

'It’s good to be reminded every morning of the great mess, the brio of art-making' ►

More from Beyond the Storm competition

Beyond the Storm competition » Congratulations! Here are the names and poems of all the poets in the anthology

Beyond the Storm competition » People, it's time to vote! One day left to take part in the final stage of Write Out Loud's poetry competition to aid NHS 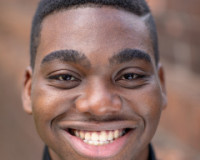 Beyond the Storm competition » People's Vote videos: we talk to Noah, Rhiannon and Jacob from ALRA North