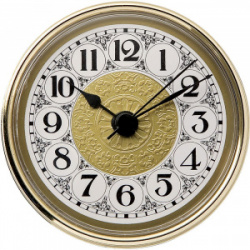 I have travelled round this face

I have faithfully kept pace

Still running – in my prime

So don’t tell me you can’t find the time

For simple pleasures or for fun

My hands have signalled perpetual motion

It’s time to do what should be done

◄ Bull In A China Shop

You Could Own An Upright Piano ►

A virtual time clock ticking towards everything that's meant to be. Time approaching incessantly. Hands to move to hand it over.
Calculative write. Good one.

Maths I trust you, Ian.

What is to be done?

What should we be doing?

Count how many seconds and how many days now you have been relentless in your pursuit of poetry to entertain us... and of course you.

It is a numbers game I hope you keep playing Ian