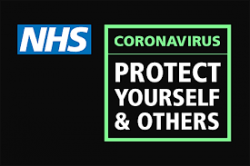 Celebrities including Lemn Sissay, Iggy Pop, Hilary Mantel, Jeremy Irons, Tilda Swinton and Marianne Faithfull will be reading daily from Samuel Taylor Coleridge’s 'The Rime of the Ancient Mariner' for a world audience in lockdown, the Guardian reports.

The Ancient Mariner Big Read, which launches on Saturday and was commissioned by the Arts Institute at Plymouth University, will see the 150-verse poem divided into 40 readings, with readers from Faithfull to Irons each recording three or four verses to be broadcast daily for free. (Faithfull recorded it before being hospitalised with the coronavirus.)

“We had no idea that we would be pulling this together as all of this happened,” said co-curator Philip Hoare. He said that the Ancient Mariner Big Read would offer “a brand-new digital work of art to be experienced at home – in a wild voyage into the unknown and watery world”.

“It’s the first modern work of literature to address the idea of isolation, in the most intense and visceral and scary, but yet strangely uplifting way,” said Hoare. “The Mariner’s cri de cœur of ‘alone, alone’ is part of us now.”

Hoare is curating the project with artist Angela Cockayne and Sarah Chapman, director of the Arts Institute. The three previously worked on the Moby-Dick Big Read, in which including David Cameron and Stephen Fry joined forces to read the entire novel aloud. It has gathered more 10 million hits since first being broadcast in 2013.

The readings will be accompanied with work by artists including Yinka Shonibare, and paired with scientific research in fields including marine science and climate breakdown. Once the poem is complete, it will be accompanied by a soundscape from electronic musician Jay Auborn, featuring field recordings of albatrosses and creaking ice from the Antarctic.

◄ These are the Hands: ed. by Deborah Alma and Dr Katie Amiel, Fair Acre Press