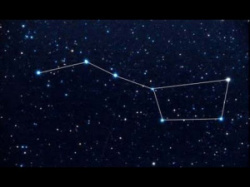 The Poet Laureate reads his commemorative poem on the 200th anniversary of the founding of the Royal Astronomical Society: BBC ‘Broadcasting House’ 12 January 2020

(Today 13 January, coincidentally the BBC reports the oldest matter from a meteorite 7 billion years in the making. It carries dust grains, ‘star dust’, formed before our worlds existed).

When I heard the lauded Laureate*

How quickly I reached for the sick bucket

To throw up my own celestial memories.

I didn’t really believe in stars until I was 16.

They were in the books but never in the sky.

The moon and sun yes, we had fleeting evidence of both,

Our goldfish gulping around its overheating global world in summer

(It lived for ten years),

My sisters forecasting a Martian invasion or nuclear holocaust whenever the moon looked closer or bigger or redder.

And why would we be out staring at a night sky unless we were up to no good?

If it was dark, we were in, flimsy curtains drawn, no prying neighbours studying us from their unlit upstairs bedrooms.

If it was light we were out, but not the stars.

And then released from childhood, walking back from seeing a girlfriend home, looking up and realising that through the clouds and smoke there were flickering pricks of light.

But without shape or pattern, they came and went, nothing like those stellar maps from Sky at Night.  Where were those other planets, the fiery red, the seductive green, the whispy veils or orbiting mini moons? Journey into Space you lied.

When I was 19 I lay on a grassy headland facing the Bristol Channel, looked into the inky blackness, overwhelmed at the intensity, its depth and there, yes there, a myriad of distinct and clearly twinkling lights.

This was it. But then a friend, making light of my ignorance, forced my gaze to three stars in a line. I slowly pulled them from the pack.

‘Orion’s Belt’ he said. I couldn’t have been more pleased if they’d named it after me. Then ‘The Plough’ and there ‘the North Star and hanging from the Moon is Venus, the brightest of them all’.  Not green to my eye but never mind. I had had my epiphany.

I felt greater for it; a oneness with it all. I felt less for it; reduced to dust-to-dust nihilism.

* Apologies to Walt Whitman’s ‘When I heard the learn’d astronomer’.