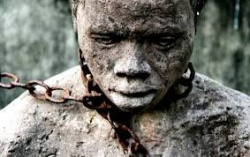 It was trade and territory expansion

that enhanced the British colonization

and it remained faithful possession

the labor and natural wealth

to the British economy

it remained global power and was recognized universally

by doing this, the disregarded the human values

kept them down without paying any dues

they lived under slavery

and this was resented by everybody

Britishers were no doubt clever traders

but they only ordered

wars and ravaged the countries

and plundered for strengthen their economy

slowly there was awakening

and people were uniting

even the Britishers knew they were nearly approaching

and were even preparing

this was really against natural justice

and against the promises given to people

the people were not treated fairly

and still Africans were prepared to accommodate nearly

Nature is our savior ►