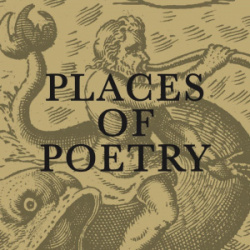 A poetry project that has allowed poets to pin more than 7,500 poems to a digital map of England and Wales is closing to new poems very soon. After that you will still be able to look at the Places of Poetry map, but no more poems will be accepted.

But that’s not the end to what has proved a very popular initiative since it was launched at the beginning of June. An anthology is planned for next year featuring around 180 of the poems that have been pinned to the map.

It’s a project that has seen special events all over England and Wales, from Hadrian’s Wall to Exeter, and from Caernarfon castle and a coal museum in south Wales, to Grasmere and the Kia Oval in London. Exeter University professor Andrew McRae, who has led the project with poet Paul Farley, said: “We have had poems pinned to fields and villages, cathedrals and football grounds, ports and train stations, street corners and parks … many writers have focused on the coast, even thinking about events that have happened off-shore such as shipwrecks.

“Although many arts projects are criticised for being London-centric, Places of Poetry poems are widely scattered. Some surprising cities and towns, such as Portsmouth and Stoke-on-Trent, emerge as hives of poetic activity.”

The map was not intended to include Northern Ireland or Scotland; but the project is now inviting submissions from places left off the map for possible inclusion in the anthology. These should be sent to placesofpoetry@gmail.com. 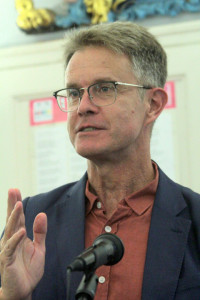 In a blogpost to mark the project's last day, Andrew McRae talked about its future: "Places of Poetry was always intended as a festival, stretching across the summer of 2019. Although many of our writers have doubtless focused entirely on the map, we’ve had an extended programme of residencies, workshops and readings. These were intended to connect with particular groups of writers (and potential writers), and to focus attention on different kinds of heritage. This was exhilarating but also a little exhausting. We like to remember the things that went right, but, believe me, there were other things as well.

"Places of Poetry was also dependent upon funding. Maybe the best arts projects wear their funding lightly, as though money doesn’t really matter, but I can assure you that it always does. We were generously funded by the Arts and Humanities Research Council, the National Lottery Heritage Fund, and Arts Council England. We’ve used this funding to establish the website and run our programme of events, but even in the latter days we need resources for website maintenance, monitoring of poems, social media support, and so forth. The funding was always time-limited.

On the question of repeating the project, he said: "The assumption underlying that question is that Places of Poetry has been kind of wonderful and should happen again. That’s nice: thank you!

"We have no plans, but we’re not saying ‘no’. We would need fresh sources of funds, albeit not as much as last time since the structures are all in place. We’ve had some talks with some interesting potential partners, but nothing at all conclusive at this stage.

"Another option would be to open the site to poems just for a week next autumn (to coincide with our book launch: see below). Nice idea, nudged into life by poet Sharon Jones. We’ll keep you posted.

"And I’m sure everyone would love to see a second season stretched geographically to include all of Great Britain and the island of Ireland. That’s a potent dream, but would also be fiendishly tricky to pull off. One thing we’ve learned so far is that funders, partner agencies, and even cartographic organisations, all approach the question of British nationhood in slightly different ways. Adding the Republic of Ireland to the mix would be trickier still – but still a beguiling idea.

"And the question I get asked occasionally is: ‘what happens after the season ends?’

"We'll still be here! We're moving server, and of course removing the 'pin your poem' function, but everything else should work as usual. And all our resources will remain available, because we want these to support place-based writing into the future.

"Then there's plenty to keep us busy. We will be preparing our anthology, Places of Poetry: Mapping the Nation in Verse, for publication with Oneworld roughly this time next year. Choosing about 180 poems out of 7000 will be a challenge.

"We’ll also be evaluating the project for our funders. So please, if Places of Poetry has affected your life, and specifically your reading or writing practice, let us know. Send us an email (placesofpoetry@gmail.com) or comment on our facebook page. We really, really want to know."

"And thank you, most of all, to our poets and readers. This project has lived, and could so easily have died, by the quantity and quality of those who chose to give it their time and creativity. From the outset, the quality of writing has been very high. Some days, watching the poems ping into the database has been overwhelming. I’m not a poet myself, but I’ve always believed passionately in the public value of the arts, and it’s been wonderful to put this belief into practice. My life will never quite be the same."

Free on Friday ... readings and performances at Poetry in Aldeburgh festival ►

Places of Poetry have just announced that the deadline day is now Saturday 2 November!