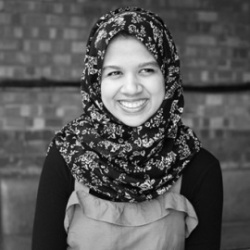 Indian poet Fathima Zahra has won the £5,000 Bridport poetry prize with her poem ‘Things I wish I could trade my headscarf for’. Fathima, who has also just won the Wells Festival of Literature young poets prize, is based in Essex, and her work has been featured across BBC World News, the New Indian Express and Young Poets Network. She is a Roundhouse Poetry Collective alumni and a runner-up in the Roundhouse Poetry Slam final 2018. In her writing, she explores the lives of the diaspora, identity and belonging. Her debut pamphlet Datepalm Ghazals will be published by Burning Eye Books in 2020.

Second prize went to Jim McElroy for ‘Hoor’. Jim was first published in 2018, and has been selected by Poetry Ireland as one of Ireland’s emerging poets. He has read at the International Literature Festival Dublin, the Hillsborough Literary Festival and the Crescent Arts Centre, Belfast. He is an honours graduate of Queen’s University, Belfast (Business) and a member of the Institute Of Directors. His poetry muses over the first and second age, and stares into the third; he is working towards his first collection.

Mark Farley came third with his poem ‘Three Candles’. Mark was raised in Africa, a childhood spent running wild and barefoot in sunny scrubland, during which he survived two dog maulings, a swarm of killer bees and being run over by a horse. He was shortlisted for the Bridport poetry prize in 2017.