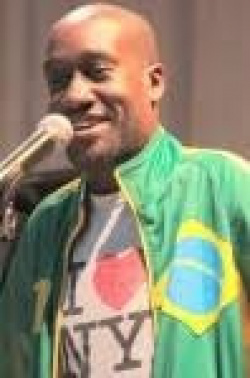 A poet and old Etonian has hit out at attitudes among politicians who attended his alma mater. Writing in the Guardian, Musa Okwonga said: “Eton is proud of its political leaders. This can be seen from the fact that, in one of its most famous rooms, you can find the bust of every student who has gone on to become prime minister. Eton must ask itself, though, whether it is proud of the kind of leader that it is producing. It must also ponder why, if it truly sees itself as a school of leadership, there are more and more people who regard it and similar institutions as utterly unfit for purpose.”

Musa Okwonga is a poet, author, journalist, broadcaster, social commentator, and football writer who took a law degree at Oxford University and completed his training as a solicitor in the City of London. He has published one collection of poetry, Eating Roses For Dinner, to mark his first 10 years as a poet.

In his Guardian article he goes to say that “it is too easy for me and others who attended Eton to throw our hands up and say ‘this is not who we are’; to point towards all those kind, decent fellow alumni whom we know personally, maybe even at ourselves, and say that we are better than that.

“Moreover, that response stops us from asking the hardest questions. Why, in recent years, has our school consistently turned out prominent politicians with a devastating lack of empathy for the most vulnerable people in our country? How – why – did we enable an atmosphere in which their obsessive sense of destiny was able to thrive?

“Let us look briefly at some of those politicians. Not only do we have Cameron and Boris Johnson, who seems to be motivated by nothing but a desire to live in the country’s most prestigious house. We have Rees-Mogg, gleefully retweeting speeches by the far right. We have Kwasi Kwarteng, who has dismissed the report of the UN expert on extreme poverty; a report that found that the Conservative party’s austerity policies had inflicted “great misery” on the British people.

“The presence of so many old Etonians with regressive ideologies in our politics is not proof of our school’s intellectual brilliance. It is instead a grim indication of an economic divide in the UK so severe that the kind of people with the wealth and networks that make them likely to attend schools such as ours will increasingly end up in these positions. Before Cameron, there had not been an old Etonian prime minister since Alec Douglas-Home in 1964. Now they have been two of the last three to occupy No 10.”

He concludes: “It is unacceptable that, on the brink of Brexit, a country that claims to be global is directed by an ever more socially homogenous group. Whether Eton likes it or not, it cannot look at its most visible alumni – in effect, its ambassadors – in the political sphere and conclude that these are people who value compassion anywhere near as much as they value power. The UK deserves better leaders, from more socially conscious backgrounds, and it deserves them now.”

◄ 'Things always dwindling to just the two of us, a crumpled cigarette, a distant car'

You need money to send your child to Eton. That can be a possible
hindrance to identification with the hoi polloi, though there's no
real reason for that to occur. Pupils take a lead from the quality
of their teachers in a profession that has not shown itself as
personifying any admirable sort of "Doctor Arnold" or "Mr Chips" examples in recent decades - though, of course, there must have been some around for those lucky to have had them, unfettered by
encroaching political influences of the "Jesuit" variety.