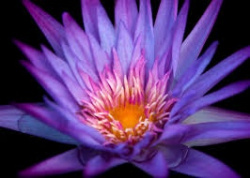 Following the hooves of yak

We sing a sad song of longing.

Food we have, just enough, the Chinese soldiers take the rest.
My heart turns weak inside me, like the memory of our songs and prayer-flags,

The memory of your song lasts long, longer than occupation, I think.

We have no money and the Chinese close our monasteries and schools, everyday.

The sun sets and we carry on the fight, in our dreams, in our love-making, in our Tibetan children.

In my sleep, the dead give me a thousand kisses, to help me to  resist.

I do not envy the Chinese soldiers: thousands of miles from home and hungry.

Sometimes, epecially,  when I write or make prayer-flags, I stray far from myself.

Then I look around at the mountains and the plateau and am consoled.

Even when we share this same bench we see
Ourselves gazing far into the distance;
Like those Russian dolls,
Trapped deep down, layer by layer,
Only to discover again that the lotus-flower
Sits deep in the living centre of what is.

The Chinese government invaded and occupied Tibet in October 1951. The 'International Community' protested, lamely; in contrast Tibetans have resisted in every way they could: through working with the UN, by maintaining a government in exile and Tibetan communities in exile all over India. The Chinese have adopted a policy of ethnic and cultural cleansing, a form of genocide, importing millions of Han Chinese immigrants in an attempt to replace the richly Buddhist culture of Tibet with a degraded form of consumerism.

I want to remark primarily on one line in this poem -

"I do not envy the Chinese soldiers: thousands of miles from home and hungry".

At the core of this is empathy, that ability to see the one in the other, even if it is your enemy or oppressor. You expand on this elegantly in the final stanza.

Thank you for both reviving the Tibetan struggle for those of us who have filed it away, like disturbing images of self-immolation too tragic to gaze upon, and for the message remarked upon above.

To see the world in a grain of sand, and to see heaven in a wild flower, hold infinity in the palm of your hands, and eternity in an hour.

In an amazingly moving piece you include this line

The sun sets and we carry on the fight, in our dreams, in our love-making, in our Tibetan children.

and I am reeling with the power of your words. Resistance does not end with sleep with love with parenting but is wrapped up in those and in every breath taken.

All struggles are all our struggles.

In solidarity and in admiration