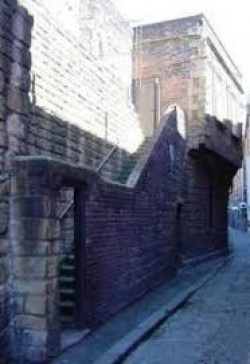 An exhibition celebrating Morden Tower, a mediaeval turret on Newcastle’s city walls that became a poetry landmark when poet Tom Pickard and his wife Connie launched poetry readings there in the 1960s, is being staged at the Poetry Foundation in Chicago from September 5 to December 20.

The exhibition, The Life of Poetry in Morden Tower, will record that history with “a showcase of posters from the 1960s and 1970s advertising the readings, photos, letters, and ephemera that tell a story of the graphic anarchy emblematic of the times”. It is at 61 West Superior Street in Chicago, and entry is free.

◄ 'My face remained nearly dry, as was the gas tank when he finally returned'