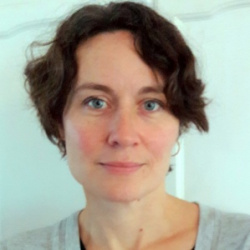 Devon-based poet and archivist Anna Kisby has won the 2019 Marsden the Poetry Village competiton with her poem, ‘Holy Cow’. Competition judge and renowned poet Patience Agbabi said of it:  “Every time I read it, I smile: the conceit works from beginning to end. I admire the boldness of it, the directness, ‘she moos’; the use of vernacular ‘I’ve the mother of a backache’; the similes, the metaphors, each word carefully chosen; the musicality of the form – tercets with medium-long-medium lines; the subtle consonance and assonance. I trust the voice on the page. I’d like to hear it out loud.”

Anna won the 2016 BBC Proms competition, the 2019 Binsted Arts Prize, and was commended in the Faber New Poets scheme. Her debut pamphlet All the Naked Daughters was published in 2017 (Against the Grain Press). She is currently a researcher in creative history at Bristol University and wrote her £300-winning poem 'Holy Cow' after reading accounts of female stigmatics and saints for the project Creative Histories of Witchcraft 1790-1940. She also has another poem highly commended in our Marsden competition. 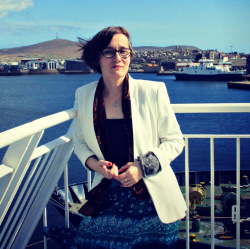 Second placed, winning £100, was Sam Burns, with her poem ‘Karva Chauth for Mistresses’. Sam is a Cardiff-born playwright. Her first full-length play, Not the Worst Place, was produced by Paines Plough in 2014. Her radio play Floor 13 aired on BBC Radio 4 in 2017. She lives in the Shetland Islands. Of her poem, Patience Agbabi said: “I like the way it mischievously challenges the received etiquette of the one-day festival whilst simultaneously challenging the boundaries of poetic form. From the title onwards, this prose-poem has a dark humour in phrases like ‘why not consider a more modern, passive-aggressive design’, ‘Temper your intake according to your sense of self-worth’ and ‘One is arguably a circle.’ There is keen eye for detail, especially ‘his bitten nails’ in the closing section, reminding us that underneath the humour, something serious and painful is happening.” 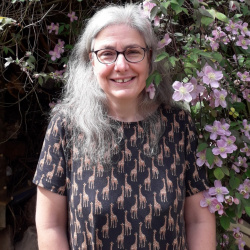 Third place and £50 went to Claire Lynn, with her short poem ‘Latching On’. Patience Agbabi said: “This eight-line jewel of a poem captures the sensuality of breastfeeding, every word earning its place. In my favourite phrase ‘eyes-shut-mouth-open’, how those hyphens heighten the intensity, the intimacy. And the emotional force of the last line which I won’t spoil for you.” Claire lives in Hexham, Northumberland and teaches English and creative writing around the county. Her poems have been published in the Bridport Prize anthology (1999),  the Ver Prize anthology (2017), Virago anthology The Nerve, The Independent newspaper, and various magazines including Smiths Knoll, Writing Women, Other Poetry and Dream Catcher. She was shortlisted for the Wasafiri New Writing Prize 2017.

In her general comments about the entries Patience Agbabi said: “This year’s theme, Together, inspired many poems about family relationships including pets and lots of nature snapshots, especially birds. The family album poems rang true, many revealing intimate events with emotional punch. I felt privileged to be invited into their world. However, many of those poems read like chopped up prose, the free verse lacking the tension that comes from rigorous editing, deft line-breaks, a unique turn of phrase. With more time, those poems would have fizzed with the linguistic intensity and vision to elevate the material from a private experience to a successful public poem. Sometimes, to reach a poetic truth, the poet must use real events as a springboard to invent. Several of the poems on my shortlist celebrated imagination as well as technical skill.

“It was good to see some formal verse: sonnets, an almost-specular, a moving pantoum, several prose poems. At times the form compromised the content but I applaud all those attempts. Form is a great way to harness strong emotions, to keep sentimentality in check. It was also pleasing to see a bilingual poem and several entries peppered with words from other languages.

“Poets need to think about titles. There were many titles that were first lines or didn't add anything to the poem, working titles that needed to be edited, work harder, yield more. Again, the perfect title would have come with time. There were poems that would have been longlisted were it not for major punctuation issues and poems with a deliberate lack of commas or full stops that made them challenging to read. Humour was rare so very welcome when encountered.”

Patience concluded: “Thank you, Write Out Loud, for giving me the opportunity to judge this year’s poetry competition. It has been a pleasure.”

You can read the first three poems here:

She is folded into our best cotton sheets, laid

on an enormous bedstead. I rest her head on a white pasture

of pillow. A cleanliness you won’t find in any field.

Every Friday, and at Pentecost, a bleeding coronet

appears around her face. Her left flank bears the brunt of the cross.

She moos. A jubilee of pain. She bears it like a saint.

Medics rush from Paris, encase her hooves in glass

to rule out fraud. Still they bleed. It’s a marvel how she persists,

like a seamstress with a wedding dress to finish.

I confess, I’ve the mother of a backache

from hoisting her up for her toilette, to milk her virgin udders.

Bountiful. Though it’s years since she has grazed.

Pilgrims crowd the room to fill their cups,

the priest arrives to place the host upon her blue-black tongue.

She splays on the flagstones, an almost-crucifix.

It’s a miracle we get her up again. She’s a sturdy specimen

who’d feed a village with many cuts. She will not go to slaughter now.

What would it take for you to succumb

to belief? I love how her skin still carries the smell

of burdock and clover. I love how I’ve no idea what she’s thinking

as she rolls her eyes, ecstatic, to the ceiling.

No clue if she can hear the faint merriment of bells

around the necks of a distant herd. The sound of the future. Her sisters

coming for her, patiently, over the hills.

* Karva Chauth is a one-day festival celebrated by Hindu women in many countries in which married women fast from sunrise to moonrise for the safety and longevity of their husbands.

1. It is customary in the preceding days to buy bindi and kajal, bangles and rings, puja lamps, a sieve and a thali. To save face, claim that these are for your married sister.
2. Consider a stencil for applying mehndi to your dominant hand. Sketch the design on white paper with a charcoal pencil and roll your dampened hand across it. Flowers and leaves are popular, but why not consider a more modern, passive-aggressive design of question marks and twisted wedding bands?
3. Married women are awoken before sunrise for their pre-dawn meal: remember to set your alarm. Walnuts, almonds, figs, dates, grains, papaya, plenty of water. Traditionally prepared by the mother-in-law. Temper your intake according to your sense of self-worth.
4. It is advisable to refrain from housework for the duration of the fast. Nor ought you to weave cloth, engage in moderate exercise or wake a sleeping relative.
5. Come evening, don your best clothes and repair to the roof with your sieve and thali to witness the neighbours’ puja ceremony. Sit in a circle. One is arguably a circle.
6. When the moon appears, view it through a sieve. Through the same sieve, view a photo of your lover, or have a compass to hand, and turn the sieve in the vague direction of his family home.
7. As you break your fast – something sweet is recommended – do not dwell on the thought of his wife biting halwa from his fingertips, her breath spilling into his palm, his bitten nails brushing her lips.

Some nights I wake first

and wonder if it is my desire

that lifts you hungering

through layers of sleep

grab at the nipple, the hypnotic

pummel of your kneading hands,

your rhythm of gulp and sigh.

The bliss of it.

There was a separate competititon for children run alongside with the main competition. The three overall winners were:

The project was co-ordinated by Louise Watson, a Marsden-based artist, and was funded by Kirklees Bright Ideas and One Community, and Marsden Avalanche Dodgers and local community charity shop Cuckoos Nest..

Marsden is a West Yorkshire Pennine village and Marsden the Poetry Village is a group of enthusiasts creating poetry initiatives within its community and nearby, including poetry pubs and cafes where customers can read poetry books whilst drinking a beer or coffee; regular poems on posters in shop windows in the village too.

Write Out Loud Woking at the Lightbox tonight ►