Competition closes in 17 days, 11 hours. Get details and Enter. 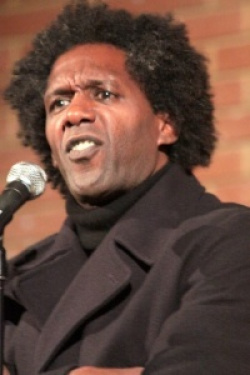 Lemn Sissay has won the PEN Pinter prize, set up in memory of playwright Harold Pinter. Sissay, who is chancellor of the University of Manchester, was born to an Ethiopian mother in Lancashire in 1967. He was brought up by foster parents until the age of 12, when he was placed in a succession of children’s homes. He has spoken about how he was imprisoned, bullied and physically abused by staff, and later made documentaries about the search for his family.

Recalling an encounter with Pinter, Sissay said: “I met Harold Pinter when I was 36. We were on stage at the Royal Court. I was too intimidated or self-conscious to speak to him. And so I will now. Thank-you. What I like about this award is that it is from a great writer and a great organisation. I accept it as a sign that I should continue. All I have is what I leave behind. All I am is what I do.”

Writer Maureen Freely, one of the judges, said: ‘In his every work, Lemn Sissay returns to the underworld he inhabited as an unclaimed child. From his sorrows, he forges beautiful words and a thousand reasons to live and love.”

The poet, performer playwright, artist and broadcaster will receive the award at a ceremony at the British Library on 10 October. The prize is awarded to writers who take an “unflinching, unswerving” look at the world.

Background: ‘If you want to know how youngsters in care feel, get them to write poetry’