Northern Slamhouse kicks off Words in the City weekend in Leeds 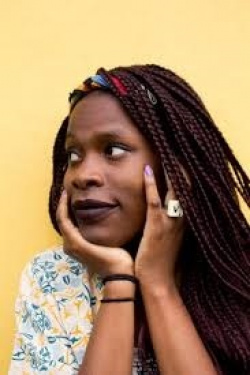 Ilkley literature festival’s Words in the City weekend in Leeds kicks off on Thursday 25 April with the Northern Slamhouse competition, when eight poets battle it out for a £200 cash prize and the title of Words in the City slam champion. There are headline performances from Vanessa Kisuule, pictured, and Gevi Carver, and it’s hosted by Chris Singleton and Joe Kriss. Start time is 7.30pm at The Holbeck in Leeds, LS11 9QX.

Family activities on Saturday at the library include Half Moon’s Young Herbert’s Horrors, a Justin Coe production for ages 4-9. It’s a new spoken word pirate show, featuring swashbuckling verse, jaunty music, and the obligatory parrot. Shows are at 11.30am and 1.30pm. Also at the library from 11am to 4pm are hands-on poetry and papercraft activities using words as inspiration.

In the evening, at Leeds University Student Union at 7pm, it’s Rob Auton’s The Talk Show, with award-winning poet and performer Rob Auton turning his attention - to talking. More details

'Even then they looked alive, survivors with no sickness to survive' ►