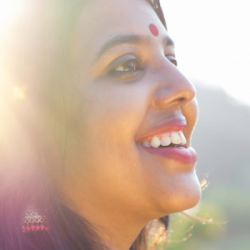 "I have to take complete rest"

as Doctor has advised me after seeing the medical tests

I had only one thing in mind

literature and stage kind of activities

It has taken a heavy toll

when I was unable to cope up with the call

I knew it will break en from within

I felt it really and its impact was seen

after seeing her number of months absence

I picked up the phone to ask at once

"No to stress anymore" She replied

I shall be completely laid to bed

Why was it so important to put so much stress?

you are still coming up and have done so much at this age!

"I will be able to it" she regrettably admitted

"apart from doing office duties" it wore me out

after that also she had occasionally appeared

again I got feared

but did not dare to ask her again

Hope she is doing fine and prayed for it

◄ In tears and