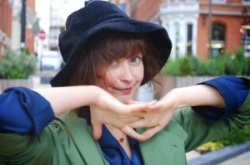 Tributes have been paid to innovative poet, artist and animal rights campaigner Leanne Bridgewater, whose recent death at the age of 29 has shocked and saddened the many people who knew her in the poetry world. Manchester poet Steph Pike said of her: “Her poetry was unique - witty, inventive, intelligent, abstract and with imaginative leaps that most of us can only dream of.”  A fellow poet from Coventry, Antony Owen, said: “Leanne Bridgewater was my friend and her passing is a huge loss to poetry because she was a huge find to it.”

Leanne’s poetry collection Confessions of a Cyclist, an epic poem of more than 200 pages about cycling around Coventry was published by Knives Forks and Spoons Press. Parts of the book were exhibited in lights at Blackpool Illuminations in 2015.

She was commended as a Foyle Young Poet in 2007. Before moving to Coventry in 2013 she took an MA in creative writing: innovation and experiment at Salford University, appeared at venues such as Manchester’s The Other Room, and created projects that included constructing a 3.000-word sentence, a dictionary of 12,000 made-up words, and an eight foot obelisk that was hammered, cut and dismantled during a live performance.

In Coventry she collaborated with Emilia Moniszko on ‘Alice in Covland’, one of a number of film poems about the city’s Ring Road  - a film which saw people dancing on overpasses and running through subways to the familiar White Rabbit refrain ‘I’m late, I’m late - for a very important date’. More recently she published as an ebook The O and Owl, described as an eco-sound poem in 50 parts, and is a play on the letter ‘o’ and the ‘owl’ as a word, phonically, but also metaphorically.

On Instagram she described herself as “the vegan doodlist”. As an active animal rights campaigner she demonstrated against badger culls and hunting, and picketed shops in protests against the fur trade.

Steph Pike said: “She loved word play and connections and invented amazingly funny and clever words. But this wasn’t an affection she used in her poetry, this was Leanne. It was how she spoke and thought and interacted with the world. The sheer playfulness and joy of her work was exhilarating.

“She performed in her unique way, often using props, puppets, film and music. She was always so supportive and encouraging of other poets and would travel miles to support a poetry night. But most of all Leanne was a wonderful friend - the gentlest, kindest, funniest woman who cared deeply about the world and people around her. Animal rights activist, artist, poet. A woman beloved by everyone who knew her. The poetry world has lost one of its cleverest, most inventive, most beautiful voices. She will be so, so missed and we are heartbroken.”

Another Manchester-based poet, Steven Waling, said: “Leanne was a very conscientious defender and champion of the natural world. Through her animal rights activism, her advocacy of veganism and her life choices she was always concerned to do as little harm to the world as possible. She would refuse to go in taxis because of their carbon footprint, for instance, preferring to travel on the bus wherever possible.

“To describe any experimental writer as ‘quirky’ is often to dismiss the fact that they are operating within a particular tradition. So let me name some poets I think she belongs amongst: poets such as Edith Sitwell, Mina Loy and Dylan Thomas who experimented with the sounds of poetry; poets such as Maggie O’Sullivan who go deep into the pagan heart of nature.

“I remember her vibrant presence on the island of Arran one year, and lament that she has been taken from us so young. She walked up Goat Fell in flip-flops once: and I met her on the road after she’d gone to volunteer at a vegan farm on the island. Depression is an illness she lived with most of her life; but she always presented as lively and cheerful.”

Antony Owen said: “The first time I met her she hopped off her bike and shook my hand with three fingers and said ‘I’m Leanne, let’s do this’. I liked her straight away, I liked her effervescence, her control and vision of what she wanted to do, her humour, her cute hats but most of all her ‘way’ which was her unique motif.”

He met Leanne through “a radical, forward-thinking indie press magazine” called Boscombe Revolution which is now a part of Hesterglock Press. “Leanne initiated the contact wanting to collaborate by filming a video of Ska People which was a poem in my book with Joe Horgan, The year I loved England.

“Leanne was a passionate animal rights activist but separated her beliefs and immersed herself selflessly into other people and who they were. Leanne was a raconteur, a visionary, a dazzling performer that performed for the listener and not the poet performing to the poet. In 2016 when I was unemployed, we were asked to produce Coventry’s first ever LGBT poetry pamphlet for Coventry Pride Festival and man, they loved her energy and the workshoppers totally engaged with her and the quality of work she got from some of the most stoical and cautious of the group was a joy to see.

“Her video collaboration for the Coventry Ring Road project was the best of the bunch, a real metaphorical onslaught of Coventry bringing a tenderness and innocence amongst the brutalist rebirth of the Blitz. There was a yellow psychedelic orb in one of the subways and an example of her genius was to insert a small triangle turning it into a ‘Pac Man’ which would consume the ‘Ghost Town’ and I saw that immediately as her way of implying Coventry was progressing.

“My favourite memory of her was when she rescued a pigeon near McDonald’s on The Burges in Coventry. Leanne had noticed this distressed pigeon had a McDonald’s milkshake lid cartwheeling over its neck affecting its trajectory. Leanne waited over an hour for the pigeon speaking to it, trying to capture it and she got so close then it flew out of her reach but she never gave up.

“Leanne Bridgewater was the Kate Bush of the poetry world, the one who wrote for the voiceless and this is why we had a bond that I will miss. Other people like me felt that when you were on a one to one with Leanne the whole world was just you and her, her hugs were prolonged unlike her life, her red-rose cheeks, her sense of purpose, her art, her poetry and her zest for art was like no other writer I met. I will miss her but her books will grow old and young with her. RIP Leanne you were the best of us.”

Leanne Bridgewater's funeral and celebration of her life will take place on 28 March in Coventry. 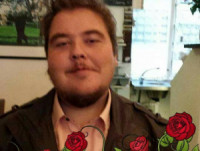 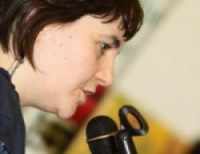 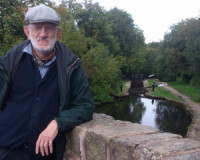 Her picture and the comments in this report indicate that her passing
- at whatever age, but especially so young - is to be met with deep
sadness and regret for what has been taken from the poetry world
as well as the world at large. .