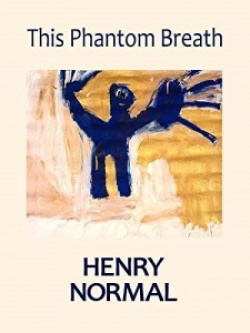 The cover of Henry Normal’s collection The Department of Lost Wishes features a youthful poet in a garish jacket and a huge badge that asks “Are we having fun yet?”. The answer from me is a resounding “Yes” although many of the poems - especially the later ones – have a wistful and sometimes sad quality.

When reading books for review I mark poems of special interest with Post-it notes  - these three books used up a whole pad of sticky slips, that’s how good they are.

Apparently Normal retired in 2016 – you wouldn’t know it from the amount of new radio material he has produced since then, plus these three poetry collections. The Department of Lost Wishes, published in 2018, contains more than 100 poems selected from his early work. I thought I knew his work pretty well having followed him over his long career so I was pleasantly surprised to find in these three books very many pieces that were new to me.

‘My Son the Poet’ is lovely, a comment on where the desire to write poetry comes from: “Christopher Marlowe wrote for a living / but before his name was made / what did his family make of it all / cobblers being their trade?”

Henry Normal’s observational poems are always a delight and he has justifiably been called “the Alan Bennett of poetry”. For example:

You never see a hearse clamped on Harley Street

or parked at a picnic site

You never see a hearse at a wedding

or on adverts for banks

or a row of hearses at a military parade

behind a squadron of tanks

Or how about this for short, sweet and witty?

Her pen she laid next to mine

round at my pad

then she ran out this morning

as indeed her pen had

('A sort of modern Cinderella’)

Or ‘Ode to the Trevi Fountain surrounded by scaffold’: “Love sick I may be / vino makes me maudlin / but even I couldn’t write a song called / ‘3 coins on tarpaulin.’’ And one of Normal’s showstopper short poems:

As a tribute to Dylan Thomas

I got pissed at the Chelsea Hotel

and though the food was delicious

as a tribute to Sid Vicious

I threw up over the doorman as well

‘Undressing for sex when you feel you’re getting fat’, ‘The black hole that was Phillip Mitchell’ and ‘The department of lost wishes’ are gorgeous pieces that make you smile and take a deep, thoughtful breath simultaneously. And my favourite of this volume? “I have a dream / of a world without armies / A world of peace / Where everyone wears cardies” (‘Cardigans to the Middle East’).

The reissued Staring Directly at the Eclipse includes some of Normal’s longer pieces which read more like tiny short stories.  I’ll mention ‘The house is not the same since you left’ , ‘The frame of the Mona Lisa Dreams’,  ‘The questions they don’t ask on the census’, ‘The dream ticket’,  ‘Sand between the toes’ , ‘A kind of loving’, and the best of all ‘ A message to my species’:

I will not live on

my son will be the last of me

my evolutionary line is going out in a blaze of indifference

The rest of the universe will just have to get on

without me and my family

and our genetic material

we’ll have the best time we can

Then you are on your own

Try not to fuck it up

The collection This Phantom Breath, of new poems which were written between 2016-17, is the best of these three books by a country mile, illustrated with paintings by Normal’s autistic son Johnny, who has inspired many of the poems. The poet says they are poems “concerned with love, death, truth and other inconvenient distractions”.

Rottingdean is a less enticing name

than this esplanade deserves

even on this dank afternoon

only two shopping days ‘til Christmas

so as a family we’ve decided

to hide on the open beach

Today it’s only cold enough for a hat

or hot chocolate – not both

My son avoids the dog shit

And the dogs themselves with equal caution

Walking on the sea wall

is all the entertainment we need’

And there’s one poem called ‘Distance’ which is guaranteed to bring you to tears. Or try this one,

‘Something wicked this way comes’:

is a useful ploy

These are small dramas

My son wears his new T-shirt

on his mum’s cooking

And I wonder if Shakespeare

would have foregone fame

if his eleven-year-old son

could have been saved

And the finest of this bunch is undeniably ‘A letter to the last child on Earth’:

It’s not your fault

Let’s get that out of the way

We are all responsible

we knew it would come to this

You can never let us down

the best and the worst

Live in the present

This is a fine collection, and a wonderful tribute to Henry Normal, his wife Angela Pell, and Johnny.