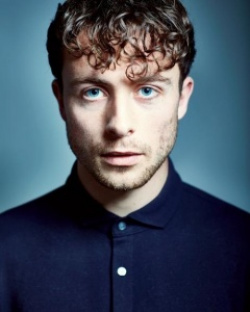 A member of the cast of long-running radio series The Archers is one of the “stars of the future and new voices” that will be taking part in Scotland's International StAnza poetry festival between 6-10 March in St Andrews.

Ben Norris, who plays Ben Archer in The Archers, will compere the StAnza slam. He is a two-time national poetry slam champion and he has appeared at Latitude festival and the Proms at the Royal Albert Hall. His debut solo show, The Hitchhiker's Guide to the Family, won the 2015 IdeasTap Underbelly Award at the Edinburgh Fringe Festival.

The festival’s director, Eleanor Livingstone, said: “It is a privilege to put together a line-up which is interesting and diverse and allows us to introduce stars of the future and new voices to the international stage. This year is no different and we have a host of exciting and hugely talented newcomers alongside some of the biggest names in poetry coming to Fife next month.”

Among the new voices in this year’s programme are spoken word performers Tolu Agbelusi, Harry Baker and Carly Brown. Tolu Agbelusi was a 2017 BBC slam finallist, Harry Baker was the youngest ever World Poetry Slam Champion, and Carly Brown has performed at Glastonbury festival and the Edinburgh Fringe. Other new voices include Ella Frears, who has been poet in residence at the Royal Holloway University’s physics department, and Caroline Teague, who will be StAnza’s 2019 poet in residence, supported by the Edwin Morgan Trust.

Poet, editor and critic Mary Jean Chan was shortlisted for the 2017 Forward prize for best single poem and came second in the 2017 National Poetry Competition. Her debut pamphlet, A Hurry of English was the 2018 Poetry Book Society Summer Pamphlet Choice.

Antosh Wojcik is a resident artist at the Roundhouse and is a member of London-based poetry collectives, Kid Glove and Burn After Reading. His debut stage show How to Keep Time received critical acclaim at the Edinburgh Fringe last year. More festival details