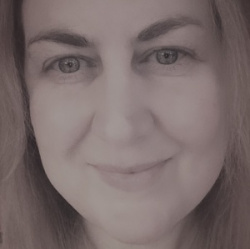 The second WoLF poetry competition run by Write Out Loud on behalf of Wolverhampton literature festival - which will take place over the weekend of 1-3 February - has been won by Sarah Doyle, pictured, with her poem ‘On holding an ammonite’.

The competition’s judge, Roy McFarlane, said: “The winning poems were probably the hardest to choose, ten possible winners jostled for position over a long weekend, poems that had to be read over and over again but the winning poems were the ones that I loved for their craft, imagination, lyrical flow on the page and poetic truth. I chose ‘On holding an ammonite’ as overall winner because I couldn’t walk away from this conversation between the personal and the found script of Charles Darwin, beautifully formed.”

Sarah Doyle is the Pre-Raphaelite Society’s Poet-in-Residence, and co-author of Dreaming Spheres: Poems of the Solar System (PS Publishing, 2014).  She has been published widely in magazines and anthologies, and is co-editor of Humanagerie, a recent anthology from Eibonvale Press.  She holds a Creative Writing MA from Royal Holloway College, University of London, and works as a freelance manuscript critique provider.

In considering the Origin of Species, it is quite conceivable that […] each species had not been independently created, but had descended like varieties, from other species.

ON HOLDING AN AMMONITE

hand. Tiny stone, with your age-pocked

but perfect spiral, you who fits so snugly

in my palm, you are far too small and –

[…] we should be unable to recognise the parent-form

of any two or more species, […] unless at the same time

we had a nearly perfect chain of the intermediate links.

it's hard to believe you may have made

me, no matter how far back and long ago.

I search for a likeness, but find none: I do

not have your nose. But your love of sea –

It is good to wander along lines of sea-coast, […]  At last

the base of the cliff is undermined, huge fragments fall

inherited my wander-lust from you. I want

to tell you where I’ve been, tell you how –

With marine animals of all kinds, we may safely infer

a large amount of migration during climatal and other

I came to be here, in this spot, by what maps

circles, folding in on myself then opening

out again. I wish I had your tough exterior –

[…] how often do we see along the bases of retreating

productions, showing how little they are abraded […]

your rock-hard insides, too; but I’m made

haul material, how I envy your patience –

[…] the facts leading the mind feebly to comprehend

the lapse of time. […] how incomprehensibly vast

have been the past periods of time, […]

slowly in me, yet far, far too fast. I hold

anchor that keeps me from turning to stone.

The runner-up (and winner of £150) was Ludlow poet Jean Atkin, with her poem ‘The Anchorite & the Solid Sky’, while the three third prizes of £25 were won by Liz Lefroy, Michael Brown, and Scarlett Ward. Congratulations to all of you!

The competition attracted over 600 entries from around the UK and further afield. Many of the shortlisted poets and winners will be reading their entries at the award ceremony on Sunday 3rd February at 2.30pm in Wolverhampton art gallery. Copies of the WoLF anthology, featuring the five winning poems along with a further 40 shortlisted pieces, will be on sale there.

◄ 'Staring down silver and crystal that would dare move'

The Best of a Bad Situation: Jamie Thrasivoulou, Silhouette Press ► 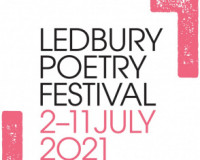 Yes it's lovely. Nothing to do with Wolverhampton Wanderers of course.

A very worthy winner, full of poetic vision and shunning 'irritable reaching after fact and reason' even while addressing scientific questions.

Thanks very much Martin - yeh, was a lovely surprise to see you at Word Central ? Loved your poems ?

Tom - yes, this was the 'wanderer' themed comp.

I think so, but who knows.

Are the winners listed in relation to the ‘wanderer’ themed competition...?

Congratulations Laura. Good to see you in December in action.
Nice one
See you again soon
Martin

Haven't submitted anything to anywhere in a very long time, so quite chuffed to make it to the shortlist ?