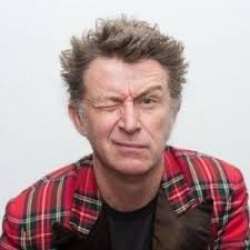 Following my attendance at his show Full Tartan Jacket (see review below) I spoke to Elvis McGonagall about what he was doing, and why. “The aim of the show was to bellow my material into the void while it is still relevant, ie before the good ship lollipop sails completely down the shitter.”

The Edinburgh Fringe crowd is largely leftish, liberal and on message, but with such a strong political bias I wondered if he ever received different or trickier responses from less sympathetic audiences?  “I have played stockbroker belt village halls where my 20 year old Nissan Micra was the only car in the car park that wasn't an Audi or BMW and where the umbrage and ambient hostility as the tumbleweed blew through the hall during my poem about Thatcher's death was palpable....my wife was waiting in the car park in the aforementioned Micra with the engine running for a quick getaway...”

What about the different motivations he might feel firstly for writing but also for performing poetry?  “I'm a wordsmith using comedy to try and make some serious points though I also have a penchant for the surreal and whimsical. The performing thing is becoming a less attractive proposition as I get older. I might buy a wardrobe of tartan jackets and franchise out the whole operation. If you can shout verse in a Scottish accent apply for a post forthwith.”  What makes him laugh or get angry?  “My wife makes me laugh.  My cats make me laugh.  The sitcom "Quacks" makes me laugh. Boris Johnson makes me angry - he is a poisonous carbuncle on the arse of British politics. And Donald Trump makes me despair.  Yes - it's probably all in the pottery. Pass that lump of clay.”

Finally, why choose to do a Free Fringe show instead of selling tickets?  “I chose the Free Fringe because - (a) it's a Good Thing and (b) I am a pauper and couldn't afford to lose the thousands it entails to book and pay for a venue otherwise.  This way I may break even or even make a bob or two.  I may be treating myself to some cherry tomatoes on the vine.”

With his one-hour show Full Tartan Jacket Elvis McGonagall (wearing a full tartan jacket) takes us on a quick but thorough journey through the landscape of his agile, anarchic and sometimes acerbic mind. From the passion of his politics to the self-effacing quasi-reluctant enthusiasm for the trappings of middle-age, he bounces from Westminster to Waitrose and back again with enviable charm, buoyant and infectious humour and immense poetic skill.  Anyone familiar with this hugely experienced poet from his published works or high-profile performances (he is a BBC regular) will know that his verse is infused with an honest, raw emotion that forces an audience to clamber aboard and prepare for what could be a tricky ride, but then rewards them with joyous laughter and lyrical mastery aplenty.  This show at the Edinburgh Fringe will delight both his fans and newcomers alike.  It is fast-paced but not rushed, incisive but certainly not preachy, and he performs his highly distinctive blend of poetry and hilarious audience chatter with the reassuring deftness of the seasoned performer that he is.  What a superb way to spend your lunch hour. 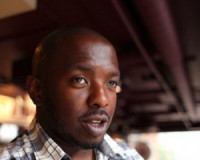 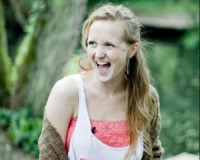 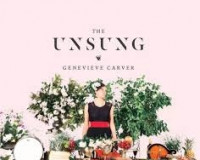 I love your reports from Edinburgh, Mike. Keep them coming.
Elvis knows of what he speaks, having been a merchant banker or similar before seeing the performance poetry light and mistaking it for a career opportunity. Long may he speak truth to power: it was an electric light he saw.

Glad you enjoyed Elvis's performane so much, Mike. He certainly blew us away at Woking Lightbox in April. And not an Audi or BMW in sight!