May Days inspired by Shelley's Masque of Anarchy 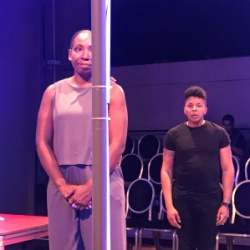 May Days is a physical adaptation directed by Simone Vause of the poem of the same name by William Alderson which, according to Alderson, “the director read and immediately thought would be lovely as a theatrical version.”

“May Days is a political poem which was based on Shelley's Masque of Anarchy and followed a similar structure and use of metaphor. The second half was an account of the Grenfell fire using different voices, the differences achieved by using different rhythms, free verse and grime which really worked well.

Overall, it was very skilfully crafted poem which was carefully constructed and captured the mood and feeling of Masque of Anarchy in a way which was relevant to today.  While the performance was essentially the actors delivering different sections of the poem there were several more dramatic parts.  The grime section was brilliantly executed and was potentially the most powerful piece of the poem because it connected more directly with the anger surrounding the fire.  Particularly engaging elements included the actors symbolically roaming the stage to catch a falling baby and a very moving song at the end.  The acting was good and brought the poem to life and helped represent the different voices.

Whereas Shelley had written from the safety of Italy, William Alderson brought his poem to the heart of the action. This was a brave and difficult thing to do especially in the week of the anniversary of the Grenfell fire and whilst it worked as a poetic piece feelings are possibly still too raw to be crafted and represented in this way.  Afterwards I asked the writer how he would have developed his ideas if Grenfell had not happened and his response indicated he felt Grenfell was inevitable given the set of circumstances he describes in his poem.”

May Days was fully appreciated by the audience and the performance was a glowing testimony to the writers and actors concerned, all of whom donated their time to the project.  And Julia, though thoroughly engaged with May Days, sounded a note of caution if the piece were endeavouring to ascribe a “voice” to people involved in the tragedy of the tower when some people haven't been able to speak yet or set foot near the area since it happened.

May Days was performed at London’s Playground Theatre with all proceeds going to support the Grenfell victims.  William Alderson's latest collection A Moment of Disbelief is available from the University of Salzburg website, and his longform Poem May Days can be ordered from Chandler Press.

◄ Get on board with the Write Out Loud gig guide! 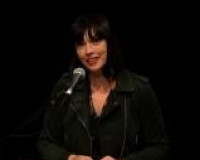