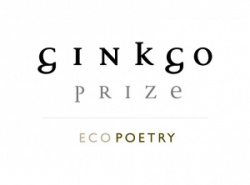 National charity and arts organisation The Poetry School provide inspiring tuition and opportunities for poets and poetry audiences.  They have just announced details of the Ginkgo Prize for Ecopoetry.

Formerly known as the Resurgence Prize, the Ginkgo Prize is a major international award for poems embracing ecological themes.  The judges are poet and Poetry School founder Mimi Khalvati and poet, novelist and ecologist Paul Kingsnorth.

The first prize is £5,000, second prize is £2,000 and third prize is £1,000. All three winners plus two runners-up will attend a ten-day residency at Cill Rialaig Arts Centre, the world renowned artists’ retreat in Ireland.  The winners will be announced at a celebratory reading at Poetry in Aldeburgh Festival in November 2018.

During the submission window the Poetry School will be running free ecopoetry workshops around the country and publishing a series of articles on the nature of ecopoetry by leading thinkers and poets, including Vahni Capildeo, Dom Bury, Meryl Pugh, Karen McCarthy Woolf, Miriam Darlington and Paul Kingsnorth.

"The Poetry School is delighted to run a prize that raises awareness of ecology and our environment in a creative and engaging way." says Poetry School Director Sally Carruthers, "We look forward to discovering new voices in ecopoetry, welcoming writers to our free workshops with experts in ecopoetics, and continuing the great work started by the Resurgence Prize."

Point me at the stars: Noel Williams, Indigo Dreams ►