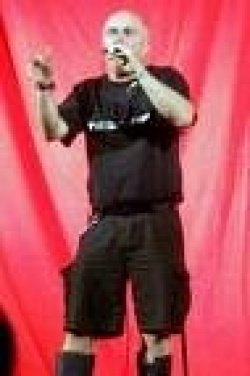 Poet and songwriter, Attila the Stockbroker, did his first gig at Bush Fair Playbarn in Harlow in September 1980, supporting The De-Fex, The Condemmed (not a typo – there are two ‘m’s), and The Unborn Dead. Nearly 3,00 gigs later and he’s still going strong, and about to embark upon his 30th anniversary tour.

From Petersfield to Fishguard, via Newcastle and London, and with new dates being added all the time – Attila will be coming to a venue near you, bringing his unique blend of poetry and music that will have you roaring with laughter one minute, and seethe with anger the next.

Don’t miss this incurable romantic, born-again cyclist, footie fanatic poet who has been upsetting the poetry applecart for the last thirty years, and here’s to the next thirty!

Details of dates and venues will be on our gig guide as soon as we have them, and you can find out more about Attila on out poet’s showcase or at:

This Time It's Personal ►