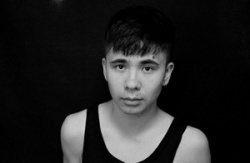 A poet who was born in Saigon, spent a year in a refugee camp as a baby and migrated to America when he was two years old, where he was raised by his mother, grandmother and aunt, has won the £25,000 TS Eliot poetry prize.

Ocean Vuong’s Night Sky With Exit Wounds also won best first collection at the Forward prizes last year. He is only the second debut poet to win the TS Eliot prize, two years after Sarah Howe became the first, winning for Loop of Jade in 2016.

excellent choice. certainly my book of the year and seems like a proper talent. an interesting character to begin with, but his words back up the story.