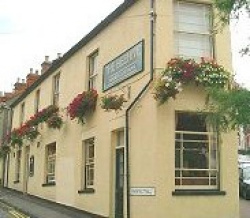 Here’s the first in a new series of articles highlighting events listed on the Write Out Loud Gig Guide, giving organisations large and small their moment in the spotlight. First up: Oooh Beehive in Swindon.

Where do you meet? What’s it like as a venue?

We meet at The Beehive pub, 55 Prospect Hill Swindon SN1 3JS on the second Tuesday of each month. It is a friendly, intimate venue with a great atmosphere.

What’s the format of your night?

We start between 7.30 and 8pm, opening with a poem each from the two hosts (Clive Oseman and Nick Lovell), then a few open mics before the first feature, then a break, followed the second feature, more open mics and then the headliner, although this format is flexible depending on the travel arrangements of the guest poets.

How long has it been running? And what made you think you should set up a poetry event in Swindon?

It started with a Sunday afternoon event called Sunday Afternoon Clive on 7 August 2016. This was such a huge success that we decided to go ahead with a long-thought about monthly event, commencing on 13 September 2016. Swindon has a very good page poetry scene but opportunities for performance poets in the town were very limited. We both travel a lot of miles to spoken word events and had a strong desire to see something happen in Swindon. Oooh Beehive is a night for all poetry, page and performance, and it was our aim to really put Swindon on the map as a place for all poets to thrive.

Do you have guest poets? If so, how do you choose them?

Yes, we have two feature poets and a headliner each month (with occasional singer-songwriters too). We try to have a mixture of local talent and well known and emerging performers nationwide. As we both travel around the country to slams and poetry events we get to see and meet many hugely talented people... then kidnap them!

What are the highlights of running a poetry night?

Just bringing such incredible talent to Swindon is hugely rewarding. A highlight of any night is seeing people who have never been to a spoken word event enter the pub for a drink, then stay to listen. We have regular followers now who discovered the scene by accident and enjoy it so much they return every month.

There is always the worry of "something going wrong" and the first few months were difficult in terms of attracting a crowd, but it has really become an established event over the last few months and usually runs very smoothly.

What advice would you give to someone thinking of setting up a poetry night?

Do it! Be patient if it's slow to get off the ground, publicise it as much as possible and accept that you have to be prepared to put your hand in your pocket to attract quality performers.

You can have one poet – living or dead – read at your night. Who will it be?

Wow ... such a difficult question. We have been lucky in that we have already attracted many of the current poets we admire the most. The dead ones have proved a tad more difficult.  You could ask us both this question 10 times and get 20 different answers to be honest, but one that we both admire greatly is Dreadlock Alien.

Want to add your event to our gig guide listings? You can do that here

Poetry in the landscape: Felicity's lament for ruined castle ►

More from In the spotlight

In the spotlight » Fifty nights a year, guest poets from across the spectrum at Ó Bhéal

In the spotlight » Shine So Hard, Brighton: 'Rely on your own equipment and start small'

In the spotlight » Licensed to Rhyme, Barnt Green, Birmingham