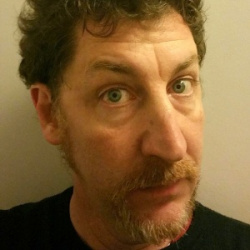 Ira Lightman, famed for tracking down poetry plagiarism, has lifted the lid on another high-profile case.  In a long article in the Guardian’s weekend magazine about Lightman, pictured, and the controversy surrounding his poetry sleuthing, he revealed that he had been alerted last year that Pierre DesRuisseaux, a Canadian parliamentary poet laureate, who died in early 2016, appeared to have borrowed heavily from probably the most famous poem by American poet Maya Angelou.

A poem translated from DesRuisseaux’s French original began: “You can wipe me from the pages of history/with your twisted falsehoods/you can drag me through the mud/but like the wind, I rise.” The poem was called ‘I Rise’. Maya Angelou’s poem, ‘Still I Rise’, includes these lines: “You may write me down in history/With your bitter, twisted lies/You may trod me in the very dirt/But still, like dust, I’ll rise.”

The Guardian article tells how Lightman found the website of DesRuisseaux’s publisher and downloaded a free sample of Tranches De Vie, the book the poem had come from. After scanning  lines that he roughly translated into English, and then Googled, he also found striking similarities with poems such as ‘In The Beginning’ by Dylan Thomas, ‘Prayer Before Birth’ by Louis MacNeice, and ‘Cut While Shaving’ by Charles Bukowski. Further plagiarism detective work found 30 out of 47 poems that were heavily based on the work of others, including two others by Angelou, and one by Lorca.

He emailed his findings to the publisher Éditions du Noiroît, and Tranches De Vie is no longer on sale. Ira Lightman told Write Out Loud that he had waited for over a year before going public in this case out of respect to the deceased poet’s family.

The Guardian article also recounts other cases that Ira Lightman has been involved in, including his first poetry plagiarism case, that of Christian Ward and also that of Sheree Mack in 2015, which resulted in a full-scale row with Andy Croft, Mack’s publisher at Smokestack Books, who withdrew Mack’s collection Laventille from sale after the accusations.

The Guardian article quotes Andy Croft as saying that Mack had been practising “intertextuality” and had forgotten to add the appropriate attributions. He also claimed that “a lot of the original animosity was from white women poets in Newcastle. I don’t even want to know how to unpick that. To begin with, it felt like some girls in a catfight, picking on the most glamorous and the most beautiful girl, because they’re not as glamorous and beautiful.”

You can read the full Guardian feature here

I know of the old adage: "imitation is the sincerest form of flattery" but, while accepting that there is a temptation
to produce derivatives of successful stuff, there have to
be limits! It is lazy and unhelpful to pass this sort of
thing off as "original" - 100% deserving of being found out
and flashed up for attention. I have located similar
activity in biography - with whole paragraphs clearly
"leeched" from other works to suit the purpose of the
newly published author responsible. Referencing is one
thing, but plundering is something else entirely!