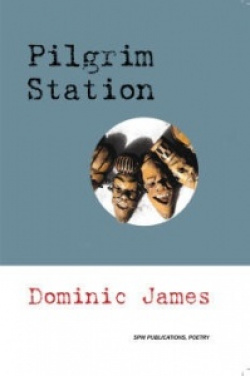 Pilgrim Station is a first collection that, according to James, was written over a period of eight years “in the advent of middle age, that downhill-sloping, happy time, that has brought me to concentrate on poetry, the subject at hand”.  This generous collection of 63 poems explores a range of topics of a philosophical nature which gives them both a personal and a universal appeal. The title is redolent of a journey of self-discovery, a shaping of past and present in order to arrive at some kind of future direction.

James is a bookish poet. There are quotations from Browning, Lowell and William Carlos Williams, there is a poem about RS Thomas and his collected poems, and there are references to Roman and Norse mythology. He shows a willingness to try his hand at a variety of styles both past and present. Of particular interest to me was the poem ‘Riddle’ in which he attempts to imitate some of the salient features of Old English verse forms. Behind the idea, there is also, of course, an echo of the Old English riddles themselves.

James is also an inveterate traveller and poetry of place is clearly important to him. A number of place names crop up in the poems, as far apart as Florence and Istanbul, Marrakech and the river Jordan, Egypt and Paris. Some of the poems could be set anywhere and, although, like the opening poem ‘Deserter’ they sound distinctly foreign, it is often only the inclusion of a single word that can help to anchor the location. Other poems, such as ‘The Guildford Line’ and ‘Mud Bank Apple Trees’ are set closer to home.

Water, whether it be rain, sea or flood, is an element that flows freely through these poems. In poems such as ‘Geneva Rain’ and ‘Late Home’ it is also something that James is particularly skilled at writing about. In ‘Late Home’ he writes eloquently about the aftermath of a sudden downpour of rain:

and cisterns, rising through the inky homes

locked in sprays of light.

Even though the rain has ceased falling, there is much, like these poems, that continues to go on beneath the surface.

The harshness of the city or a barren landscape, “these dusty shoes crunching the white chalk road” is counterbalanced by love poems, such as ‘Head over heels over head’ and the soft radiance of poems like ‘Quince zone’ and ‘Anemone’ which portray with sensitivity and observation the wonders of the natural world. Time and again, James demonstrates this gift that he has for writing about seemingly mundane things in a way which is refreshing and arresting, as shown in these opening lines from ‘To Oscar’:

On the river bed of night

I have laid with a pebble

pressed into the middle vertebrae

where spades paddled my ribs,

reverberates in my ears

my nose is red, my hair

I have got a cold

from the weekend’s snot-nosed kid,

Oscar, two and a half years old.

These are well-crafted poems, written with intelligence, depth and feeling. They do not offer up everything they have to give first time round, but store within them hidden strengths that await discovery on subsequent readings.

Feasting on words: Write Out Loud's Poetry Lunch at literary festival in Woking ► 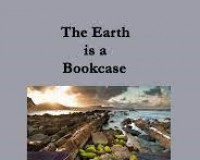 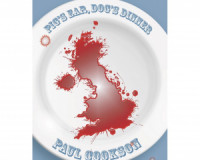 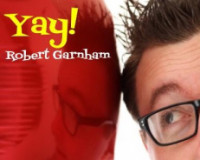