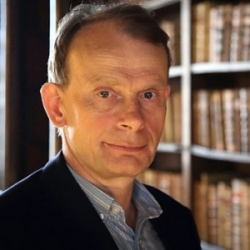 Broadcaster, writer and journalist Andrew Marr is to chair the Forward prize panel of judges, it was announced on Wednesday. Marr is a former editor of the Independent newspaper and former BBC political editor. He currently hosts BBC 1’s Andrew Marr Show, and presented Radio 4’s Start the Week from 2005 to 2012.

Marr, who took over Radio 4’s schedule with We British, an exploration of British history and identity through poems, and also authored We British: The Poetry of a People, a history of Britain told through the work of its greatest poets, said: “Of all the arts, poetry is the one at which the British have traditionally excelled most. Across these Isles, we are living through a period particularly rich in poetry-making. Barely a week goes past when I’m not introduced to a poet or a poem which makes me see the world a little differently and with all the political turbulence around, I can’t wait to get stuck in to some more rigorous reading.

“With my fellow jurors – the artist Chris Riddell, the scholar Sandeep Parmar and the poets Mona Arshi and Ian Duhig – we will be looking for newly published poems that offer a vital counterbalance to the crude slogans, soundbites and tired metaphors of public life, poems that rub the dull tarnish from our language and make it new.”

This year Forward prizes – for best collection, best first collection, and best single poem - will be awarded at a ceremony at London’s Southbank Centre on 21 September.

◄ 'One by one all the questions you ever had become clear'