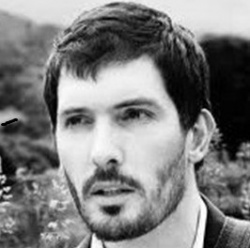 Jacob Polley has won the £20,000 TS Eliot prize for his collection Jackself, published by Picador, it was announced on Monday. Ruth Padel, the chair of judges, said Jackself was “a firework of a book; inventive, exciting and outstanding in its imaginative range and depth of feeling."

Padel added: “Rather like Geoffrey Hill’s Mercian Hymns, he is looking at a childhood though a very English mythology. He has taken a word out of Gerard Manley Hopkins – ‘Jackself’ – as the starting point for a collection that is incredibly inventive and very moving.

“It’s a sort of autobiography, set in a place called Lamanby, but it’s really like Mervyn Peake’s Gormenghast, where everything is strange. His mastery of phrase and rhythm and the control of line, combined with the hurts of childhood and his glee in inventive language, have taken his writing to a new level.”

Polley, who was born in Carlisle in 1975, is the author of three other poetry collections, The Brink (2003), Little Gods (2006), and The Havocs (2012). Both The Brink and The Havocs were also shortlisted for the TS Eliot prize. He now lives in St Andrews and works in Newcastle.

Looking for poems about courage to put on display in Huddersfield ►