The poetry of age: Maggie Sawkins on working with dementia patients and carers 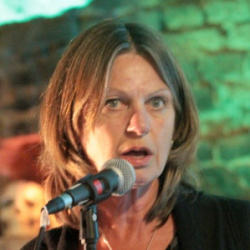 A poetry anthology created from the words and stories of people with dementia and their carers will be launched at Ashcroft arts centre, in Fareham, Hampshire, on Friday 13 January. The Speak Out poetry project, promoted by Healthwatch Hampshire and Hampshire Cultural Trust, involved poets Maggie Sawkins, pictured, and Chris Bennett running workshops at three day centres run by Age Concern Hampshire.

In the introduction to the anthology Maggie Sawkins said: “The groups we encountered were all different but, in some ways, the stories people told us were the same.

“What I have tried to capture is the bitter-sweet element of growing old. I have tried to imagine what it must be like to be a carer of someone who is no longer quite the same.  Some of the poems were created during the sessions using the participants’ own words.

“There were memorable moments: one man, who had sat in silence all through a session, smiled in response to a poem that was read aloud; another attempted to recite ‘The Owl and The Pussycat’, a poem no doubt he once knew by heart.

“I hope this booklet in its own small way will make a difference. Old age, if we’re lucky, comes to us all. As one enthusiastic participant … kept reminding us, the alternative is not that great!”

One “looking on the bright side” group poem in the anthology, ‘Older and Bolder’, begins: “There are some good things about getting older / You can get up early / You can get up late / You can do what you want when you want.” Another poem, ‘I Care’, opens with: “A carer, that’s me / For someone who’s not what he used to be / My life is on hold, I’m no longer free / I’m not the person I used to be.” Other poems have titles like ‘It’s The Simple Things’, ‘Sentence’, ‘No One Told Me’,  and ‘Old Cabbages'.

The anthology contains 16 poems, half of them created during the workshops sessions, and half written by Maggie afterwards. She added: “I’ve had experience caring for a daughter with mental illness, so I know what it’s like to be with someone who’s not the same as they were.”

Her sequence of poems based on that experience, Zones of Avoidance, won the Ted Hughes award for new work in poetry in 2013. The anthology event at Ashcroft arts centre is free, and starts at 1pm. More details

◄ Get ready to enter our milestone competition 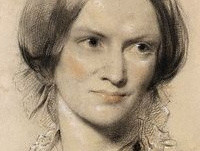