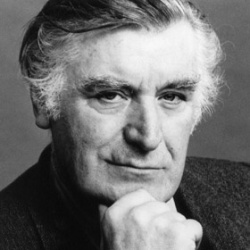 Huddersfield University launched an initiative establishing the university as a new hub for research, collaboration, projects and events about Ted Hughes on Wednesday, with readings by poets Ian Parks, Carola Luther, and Christopher Reid, editor of the Letters of Ted Hughes.

Hughes died in 1998, having served as poet laureate for 14 years. He was born in 1930 in Mytholmroyd. In 1938, his family moved to Mexborough in South Yorkshire.

“We realised that Huddersfield was pretty much equidistant between Hughes’s old stomping grounds in Mytholmroyd in the Upper Calder valley and Mexborough, so it seemed an ideal place to become a centre for all things ‘Ted Hughes,’ ” Ely said. “We want to develop Huddersfield as a centre of research excellence and we also want to support the various Ted Hughes groups there are now.”

The new centre will work closely with organisations such as the Ted Hughes Society and the Elmet Trust. One goal is to develop a Yorkshire-wide Ted Hughes literary and heritage trail.

◄ Permission to Speak in Stourbridge: cool surroundings and no sign of hipsters

'She knows she is not looking at the sky. But she calls out, still' ►