Poetry to the fore at Southbank's young adult literature weekend 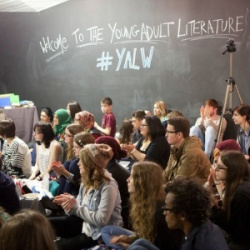 Performance poet Lionheart will be hosting Young Adult Literature Weekend on 15-16 October at the Southbank Centre in London – the final weekend of the London Literature Festival. Poetry events during the weekend include talks and performances in the Clore Ballroom at the Royal Festival Hall, with Luke Wright performing his award-winning show What I Learned from Johnny Bevan on Saturday, Rachel Long talking about creating a poetry collective for women of colour, and Hollie McNish performing her show Nobody Told me on Sunday, supported by poet and storyteller Sophia Makur. More details