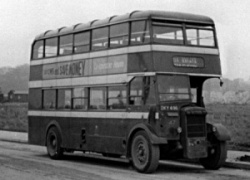 The Write Out Loud Poem of the Week is ‘The black and the white’ by Martin Elder, a recollection of the wintry shades of yesteryear – “Everywhere marked with a ring of soot, smoke and steam.” Not so much looking back at the past through rose-tinted specs, as through grime-streaked glasses. The poem ends with the world of black and white appearing to turn to colour during the 1960s: “In an effort to hang loose and turn on /The sun and love were apparently born / And grey and brown / Became a purple haze.” Martin, who attends Write Out Loud Stockport, started writing poetry on a regular basis four years ago. Here are his replies to Write Out loud's questions:

I started writing poetry about 20 years ago as another expression of writing,  as I was already
writing short stories with no particular agenda other than to write. I showed the poems to a friend who said he did not like them, so I stopped. I then got stimulated to write a poem regarding a job that was coming to a close called 'Return to Bolton'. I suddenly found myself in the
groove and haven't stopped since. That was nearly four years ago now, so I guess that answers the next question, how long have you been writing?

I generally attend my local Write Out Loud event in Stockport and have infrequently attended other open mic gigs in the north-west such as Sale, Wigan and Prestwich. Last year I found myself in Eastbourne.

My favourite poet would have to be Dylan Thomas, and favourite poem probably Under Milk Wood , though I am not sure whether it is more a play. Either way it is a great piece of writing

This is a hard one. But I would have to say probably a cow so that I could make cheese!

THE BLACK AND THE WHITE

In the early rising dawn

When I wore shorts all the year round

And winter was just another blister

On the sole of life

The world in which we lived

Ate dressed and walked was

With just a few shades in between

The cars and the streets

Were all a dirty shade of brown and grey

There was of course the odd exception

A bus, a tram or a train

But even they looked tired forlorn and filthy

In varying shades of green, brown and cream

Everywhere marked with a ring of soot, smoke and steam

Offered up to the hungry fire

Their backs bent with years of lifting

Half a hundred weight

Where rain would eventually soak through

Topped off by a Windsor, flat or bowler hat

Brollies only for the sophisticate or city gent

To the office on the seven twenty three

And in the heat for those who could afford it

Any other way would seem undressed

All of this and more was how it was

Until winter turned to summer

In an effervescent explosion of bloom

In an effort to hang loose and turn on

The sun and love were apparently born

And grey and brown

Well done, Martin! Like Linda, I am looking forward to hearing you reading it: that is where your work really comes to life! Again, well done!

Whistle Down the Wind, yes: He's not Jesus, he's just a fella. Spring and Port Wine with James Mason was a film very evocative of the industrial towns of the north, being set in a Bolton on the verge of urban regeneration. The film was punctuated by the whistles of steam trains, if I recall correctly.

Thanks everybody for your comments. I think I am still reeling from the shock of having this poem chosen. When I wrote this it reminded me of being a small boy and indeed Greg I do have fond memories the films you mentioned together with Z cars. Whistle down the wind was a particular favourite of mine.
I also remember my old Gran breaking up lumps of coal with a hammer to go on the fire
Amen to the clean air act Julian, I certainly intend to be at Marsden if everything goes according to plan with other Stockport folk.
Thanks for your encouragement Stu, John and Linda I really do appreciate it. See you in Sale in April Stu
Thanks again
Martin

Why don't you read it at the Marsden Jazz Festival Poetry Jam, Martin, on Sunday 9th October? It's always a great event with a great atmosphere in the village.
Railway Inn, Marsden 10.30 for 11.00 to get on the list. I think the poem would go down really well. And I believe some of your Stockport Write Out Loud colleagues are coming along too (so lifts shared?).

i am glad this won potw martin, its excellent, one of your best. sorry i couldnt be there to support you on the 21st, the cost of my book launch and shipping the required books over from the US is much higher than i first thought and as such I am left eating cheap lemon curd out of a jar with little to no hope of going anywhere until it is paid off.

Another wonderful poem from you, Martin. I particularly love 'winter was just another blister/On the sole of life'.

It's a shame readers can't hear you saying it aloud; you are a fantastic performance poet.

Great atmosphere, it reminds me of Cider with Rosie.

Poverty is a great inner radiance!

This really does justice both to the grim- and greyness of life in a 1950s/early 60s industrial northern town; but also, thanks to your word 'apparently', to the sense that the swinging sixties tended to swing elsewhere than in most of our towns. You wouldn't feel nostalgia for the filth and the grime, the smogs and the narrow-mindedness if you'd lived through it. Each time my mum wanted to put washing out she'd to clean the line thoroughly of the oil-like substance that clung to it. Buses were full of cigarette smoke, chimneys belched death.
TV was in its heyday. Coronation Street (it was never Corrie then) was the first drama programme that was about people like us, real folk. I understand that Granada's World in Action made a huge contribution to obtaining the Clean Air Acts through its programme that showed the link between air-born pollution and death from bronchitis, by opening the programme with a Coronation-type street with an unending convoy of hearses rolling through, Brilliant, and thank goodness for that Clean Air Act.
A very good reflection of a life that has, thankfully, passed, Martin.

I appreciate the vision in this, Martin, and the 'summer of love' twist at the end. Weirdly, I feel the opposite - a nostalgia for those black and white days, and particularly those gritty northern films of the late 50s, early 60s - A Kind of Loving, Whistle Down the Wind, This Sporting Life, Billy Liar, with the sound of a steam train always in the distance. Plus early Corrie and Z Cars, of course.