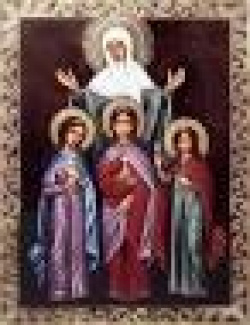 My parents were Christian, Serb,

I remember the icons in my mother’s house,

The smell of meat on feast days.

I think I was nine or ten,

My parents made me hide when the Turks

Came to our village in Kosovo again

Looking for boys and women.

My father was ashamed.

He hung his head.

I pretended I was dead.

Hiding under my sister’s bed.

The devşirme sought me.

Told the elders they would let the soldiers loose

Until they were dead.

So, slowly, I showed my head.

And the Turk commander smiled

Put a börk on my head, a cap

That meant I belonged to him.

Only then did I arrive in the world of men.

I had joined the kaşık kardeşliği,

The brotherhood of the spoon, and was soon

In Constantinople, in a harem of boys, an ortas,

We were toys for the çorbaci:

And then the training started

And I was broken-hearted.

I was told I was a Muslim

I attended a Madrassa in the Hagia Sophia,

I knew the images of Saint Sophia were still there,

Hidden by the Muslims, but still there.

I learnt Arabic, I read the Qu’ran

My mind training had begun.

I was told slave taking is lawful and good.

That this was a tax and the tax was in blood.

My nightmares had ended; I’d learnt to pretend,

I did what was expected, I had learnt to bend.

Thanks elPintor. Janissary (2) now on show!

the violence here is so hard to approach..the nature of a boy's sacrifice for a loved one is beyond my words..

A very emotional piece of work..moving enough to preclude praise..makes me wonder if we can ever co-exist peacefully beyond our earthly human labels of race, ethnicity, and religion.