Competition closes in 15 days, 17 hours. Get details and Enter. 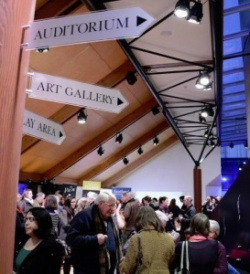 Write Out Loud  is looking forward to the first big festivals of 2016. The year’s curtain raiser is invariably Scotland’s Stanza poetry festival, pictured, taking place this year from 2-6 March at St Andrews.