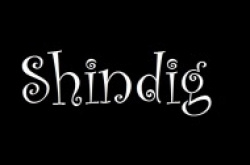 The Christmas floods in the Calder valley have forced the cancellation of two spoken word nights in Hebden Bridge. Shindig’s final two scheduled nights in January and February at Nelsons Wine Bar have had to be scrapped, said organiser Winston Plowes. He added: “As you may well have guessed Nelsons suffered badly in the recent floods and was not only flooded but entirely under water to a level several feet above the ceiling.

“I do not know how long it will take to reopen but the Shindig will wait till the future is clearer. We will wait as long as it takes and if at all possible return to our ancestral home and have two fantastic evenings. If this is not possible we will convene elsewhere but a decision is not likely in the near future.”

Attila the Stockbroker’s free gig at the Fox and Goose pub in Hebden Bridge on 28 January will include a collection in aid of flood relief. Meanwhile in Sowerby Bridge, Saboteur award winning poet  Steve Nash will be appearing at a two-day music fundraiser to help flood victims over the weekend of 16-17 January, at the Bull on the Bridge hotel and Sowerby Taps.

◄ Not in this World: Tracey Herd, Bloodaxe