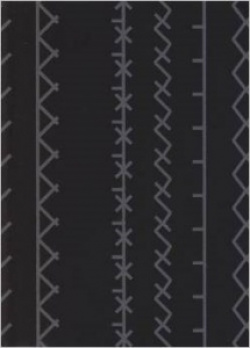 In this collection of poems Tom Chivers, the innovative publisher of Penned in the Margins, transmits with often dazzling language a vivid and troubling vision in which the old and modern Thames takes centre stage, against a backdrop of the banking crash and the digital world.

In ‘Poplar Gut’, for instance, he harks back to March 1660 when the river – magnificently described elsewhere as “swashing potage” - breached the flood walls of the Isle of Dogs, reverting to its ancient watercourse, “a spectral Thames, sans bend”. This looming sense of inundation is also reflected in ‘The Dream’: “My uncle was dispensing financial advice / when the floods came. / I was walking out on the jetty / and frantically closing windows.” ”

The madcap City world that has brought the waters crashing down upon us, yet which “cannot see beyond the next financial year” (‘Petrus’), is mocked in ‘The Bells’: “Boozy Boudicca has lost her brassiere / on bonus day in Cornhill.” The poem goes on:

sound out, quite pished, across the City

as boobless Boudicca calculates a hangover

to be a riskable asset in a recession.

With his insights and jokes Chivers is very much a poet of the topical, reflecting current concerns that much poetry doesn’t, albeit often just as asides – “The forecast is for snow and radical jihad” (‘Poem as Field Notes’). But these asides contribute towards the picture of a world of clogged sewers (‘Ecosystem’), Peeping Toms (‘Topless’), and Dickensian police (Jacob’s Island’) that is observant, rather than fantastic or prophetic; and where seemingly astute financial planning is seen as a risible irrelevance - “On the fourth day we opened high-yield savings accounts” (‘The Event’).

In a poem emphasising the collection’s sense of history and place Chivers references an urban fox (Ted Hughes?) and the psychogeographer Iain Sinclair “giving an impromptu lecture / on the history of Hackney Brook” in ‘Ecosystem’. The poet knows a street, despite its looks, is ancient, “a stubborn cleft / running east to west, parallel with the Road to Camulodunum”. ‘The Islanders’ – “their ankles garlanded / with flash drives fashioned from conch shells” - is packed with technological humour:

taught them how to farm, to tend the land,

It concludes on a mock-poignant note of incompatibility:

Her Firewall was good, but I was unrelenting.

But she insisted I just had the caps lock on.

Occasionally the unrelenting wit may irritate, and you feel that the poet is being just a little too smart, such as in this financial/ literary prayer: “Lead us out of this economic metaphor.” / “Do it in a way that’s fake.” But even when you are often unsure of the layers of meaning, you can invariably enjoy the poems’ music and language, and succession of irresistible, quotable lines.

For instance, I’m not at all certain whether ‘Island of Coral’ is referring to climate change and higher sea levels, or literature’s shipwreck/ castaway genre, or both, or neither. But lines like “between the land and the reef there is all that we need” and “O how small and happy are we   in the rising tide” can be enjoyed in their own right, and as an indication of the world that we have been drawn into.

Londoners watched the sky with awe as the docks burned during the Blitz. There is much to admire in Dark Islands, as the poetic fireworks on the reverse-printed pages of this collection light up the horizon.

Afghan women writing in secret, and Iraqi, Syrian and Kurdish poets on the front line ►