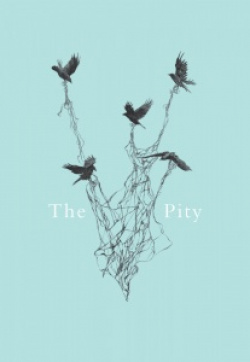 This Poetry Society anthology, published in 2014, was an initiative to celebrate the centenary of the Great War. They chose four poets who would represent different "poetics and perspectives" to write a "sustained response to the centenary". They also commissioned John Glenday to write a response to a painting from 1916 by Scottish artist Herbert James Gunn. So the book contains the work of five poets plus pages of what we might call "contextualising" material. There is an introduction written by the Poetry Society director, Judith Palmer, which brings together the accounts by the poets themselves of their creative process in responding to the commission. It is a fascinating essay in its own right.

For many, knowledge and understanding of the war is channelled through the rich vein of poetry that was written – mainly but not exclusively - combatants. And the use of the poppy still widely worn in commemoration each November derives famously from an image in a poem by Canadian John McCrae:

In Flanders fields the poppies blow
Between the crosses, row on row.

So to the first poet. Steve Ely is steeped in British medieval poetry, sits in the modernist tradition and the influence on him that commentators cite most frequently is Basil Bunting.  I felt that the real grandfather of Ely’s contribution is Ezra Pound. One hears strains of Anglo-Saxon prosody here for those who remember Pound’s translation of 'The Wanderer'. There is the determined political stance too.  One poem with the title ‘Business, as usual’ recalls Pound’s similar attacks on international business  (styled by the American poet as "Usura"). The wide range of allusions in Ely’s poems are to some extent elucidated by a set of notes (shades of The Waste Land).

Each of the poems seems to employ radically different methods and diction. Skilled versatility? Perhaps, but I was not convinced. I heard a hysterical tone in parts of the poems that undermined their authenticity. I was reminded at times of a Wilfred Owen poem much loved by many, but not by me, ‘Dulce et Decorum Est’. WB Yeats, who excluded Owen from his 20th century poetry anthology,  characterised the poet as all "blood, dirt and sugar stick", an unfair judgment but true enough of  ‘Dulce’.  Elsewhere, he said of political poetry that out of the argument with others we make rhetoric, out of the argument with ourselves we make poetry.  With Ely’s contribution I felt I was being preached to.

Zaffar Kunial’s contribution is reflective, almost pensive. You can sense him circling the brief looking for a way into it. His poem ‘Poppy’ chips away at many of the references and connotations of the flower. Shakespeare and Coleridge are called into play as well as poppy-derived morphine that controlled the pain of a (his?) dying mother. 'Poppy' is not a successfully achieved poem perhaps, but a sketch for a poem that remained elusive. In ‘Just The Ticket’ we learn that the Persian word Vilayati  ("bilayati", a regional variant of "vilayati", meaning "foreign") is the etymology of the word Blighty. As with 'Poppy', we sense the poet trying to harness his own cultural heritage, his own personal experience to handle this difficult topic. There is none of Ely’s energy and verve, and his contribution feels a little tentative and lacking in conviction - though arguably this hesitancy is an authentic response of someone whose cultural background gives him a sense of distance. Here he is looking at the Cenotaph and not quite able to cope with what he sees:

I’ve been here too long. I’ve heard the passing

bells of Big Ben twice, fixed on this kerbed island,

surrounded by traffic. I want to cross

over, so I can get an angle on this empty tomb …

but later he writes in the same poem: "this is the shape Remembrance takes", so that the physical memorial engenders and embodies the memory.

If Kunial examines the language of the first world war, then he must cede precedence to Denise Riley, an academic with a professional interest in language. Her exploration of the language used in mediating thoughts about the war is more forensic and systematic. Most of her poems’ titles are surrounded by speech marks. One ‘found"  poem simply uses  a Vogue article about how widows can still look stylish while in mourning.  One poem purports to be the spirit voice of a squaddie. It is a piece that would sit well with Owen’s ‘Strange Meeting’ – which is perhaps his crowning achievement. ‘He lies somewhere in France. Somewhere’.  is a magnificent poem of reticence – in this case of a bereaved mother.

I go on for years thinking and thinking

One in all these thousands. Him. Me.

So many gone that you can’t take it in

Whatever I say is bound to sound flat.

That calm puzzlement sounds anything but flat as the woman tries to comprehend her own loss in the context of the massive scale of the national losses.Riley’s poems are the most impressive to me, probably because she produces a "‘poetics" that I have grown accustomed to and have long admired

Warsan Shire, a Somali Briton, is another poet whose work appears in the volume. Her approach is to focus on more recent wars – particular the wars that have affected her parents. Shire’s starting point seems to be that war is everywhere – it has invaded permanently our and her psyche. Part of me wants to say that she has deliberately ignored the brief. But then she is a young Briton (comparable in age to the War Poets themselves) who perhaps has no family heritage invested in that particular conflict and who is beset by more immediate and troubling wars. Ultimately, hers is a perfectly valid response. She describes in some detail the filmed murder of James Foley, a phenomenon that has become in recent months familiar and grisly. Each of her poems employs a different method, but as with Ely I felt that these did not help me as a reader to share her vision. It all felt a bit random.

For me, the most impressive and achieved poem in the collection is the single poem by John Glenday. He was asked to respond to  a painting by Herbert James Gunn called ‘The Eve of the Battle of the Somme’. It is a picture of soldiers bathing in a delightful pool, 24 hours before the bloodiest day in the conflict: lapping water, naked bodies at ease. The poem is a dramatic monologue, mouthed by ‘Tommy Atkins’ chirpy and matter of fact:

Hitch up their collars and trudge forward as if shrapnel

And lead were no worse than a shower of winter rain

to grow from the broken earth and drink the gathered water

than the setting-in of the ordinary dark or a change of weather.

Beautiful, slow-paced, fourteen-syllable lines that echo "Each slow dusk a drawing down of blinds." And they perhaps echo too that reticence that characterises the usual response of our forebears who returned from France (celebrated in ‘Oh! What a lovely War’)

And if they ask us

How dangerous it was

No we’ll never tell them.

I hope I have made clear my reservations about the book. But if I have not also made clear my gratitude at seeing contemporary poets seriously and skilfully engage with the Great War, then I do so now.

The Pity: anthology of new poems to mark the centenary of the first world war, Poetry Society, £7

◄ 'The pleasures of performing include the frisson that it might all go wrong - and the nice cup of tea afterwards': Kate Fox

End of July deadline for Foyle Young Poets of the Year ►