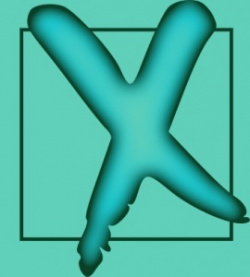 The three ballot boxes on the stage were, we were told, stuffed with poems. And the lines delivered from memory by three young actors from Live Canon poetry ensemble on the eve of polling day provided food for thought after this general election was over, too. Lines such as DJ Enright’s:  “ ‘The only party I would ever trust / Is one that doesn’t want to govern!’ ”  (‘Election’). Or Vernon Scannell’s reflection on the ballot’s paper’s “black anonymous mark … So oddly apt this cross, illiterate kiss.” (‘Polling Day’).

Live Canon’s timely Election Special was performed at lunchtime on Wednesday to a small but appreciative audience at Greenwich theatre, close to that world-famous dividing line at the Observatory. Actors Jim Scott, Eve Traynor, and Sophie Crawford retrieved quotes from their stuffed ballot boxes, including “To win the people, always cook them some savoury that pleases them” (Aristophanes); and “Power without wisdom falls by its own weight” (Horace). They also read poems written in Holloway prison by suffragettes Sylvia Pankhurst and Emily Wilding Davison, the latter only months before she died after throwing herself under the king’s horse at the Derby in 1913.

A new poem by Andrew George, ‘Father of the House’, recounts the jaundiced recollections of a junior ministerial aide: “Even when I mattered, there was not much I could do … and then Westhampton’s boundaries were changed … a foreign junket, some fancy meals, / I once or twice got laid.”

Live Canon, which is led by artistic director Helen Eastman,  said they had been “inundated” in the last 48 hours of the election campaign with fresh poems, including one about Edward Heath campaigning in Bexley in 1974 by Martin Figura: “Oh my goodness, don’t stand on the doorstep / like The Man from the Pru … this is Mr Heath, the prime minister off the Mike Yarwood Show.” The speaker says “It’s Labour in this house”, but has reservations about Arthur Scargill: “There’s something about his hair I just don’t trust.”

There were a few poems from children, too, including these lines from Joe, aged seven: “When I grow up I will be prime minister / It will always be sunny, and sweets will be free.” And from Alfie, eight: “This is our freedom, don’t throw it away / Please go voting on election day.”

Someone mentioned Robert Frost’s poem, ‘The Road Not taken’: “All politicians should be made to read this.” The Live canon show ended with a rousing finale, the ‘Labourers’ Election Song’, by the Chartist poet and journalist Gerald Massey, sung to the tune of ‘John Brown’s Body’: “Ours are the votes that give us weapons we can wield, / Ours are the votes that make our proud opponents yield.”

Later that day I found myself at the Southbank Centre, where the walls were festooned with old election and political posters: Saatchi’s Labour Isn’t Working; the Gone With The Wind one featuring Ronald Reagan and Margaret Thatcher; and an old-fashioned slogan advocating voting for Churchill, with a hand making a cross on a ballot paper: “Put It There!”

During the long watches of tonight’s election results and beyond, these words from Patricia Beer’ ‘Election Night’ from the Live Canon show will resonate with me: “ ‘Politicians are a race apart’  says a fellow viewer / Far into election night. We have lost our sleep / With these strange people.”