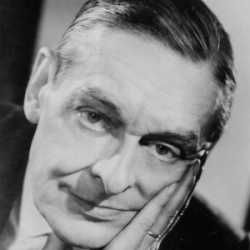 You could say that the TS Eliot Prize readings at the Royal Festival Hall on the Southbank are poetry’s equivalent of the cup final. You have the huge crowd – in poetry terms, at least – the merchandise, with piles of the shortlisted books to buy, and even poets providing their autographs as well in the foyer afterwards. You can meet many friends, and even encounter long-time ones that you haven’t seen for many years.

This year’s readings, marking the 50th anniversary of TS Eliot’s death, opened with a recording of the master himself reading ‘Journey of the Magi’ –  apparently the favourite poem of his widow, the late Valerie Eliot, who had done so much over the years to support the prize organised by the Poetry Book Society, the estate increasing the prize money to £20,000 this year.

There are no winners or losers at the TS Eliot Prize readings, with the actual winner not declared for another 24 hours. True, three of the 10 shortlisted poets were not actually there to read their poems, but in the case of one of them, that disappointment was accompanied by some welcome news.

Hugo Williams, whose latest collection, I Knew The Bride, includes a sequence of poems, ‘From the Dialysis Ward’, has been waiting for a new kidney. Hs family issued an urgent appeal last year. His childhood friend, actor Jeremy Clyde, who read on his behalf, told the audience on Sunday night that Williams, a previous TS Eliot winner in 1999, had at long last received a transplant , and it had worked. “We’re hoping for better times ahead.”

The night may have got off to a slightly false start when the chair of the judges, Helen Dunmore came on to read what appeared to be a press release about the PBS and the prize, departing almost as soon as she had arrived. But then compere Ian McMillan took charge.

McMillan mingles his careful and appreciative introductions of each poet with entertaining flights of fancy. At the start he jovially warned each reader that if they overran their allotted eight-minute span, the Muse would be withdrawn from them, “with forceps”;  imagined poets abseiling from the balconies or appearing from trapdoors as a way of jazzing up the evening; and queried the hackneyed description of a poet “writing at the height of their powers” – “What does that mean? Are they a microwave?” – before insisting, that nevertheless, that phrase did apply to David Harsent, and his collection Fire Songs.

And what of the other poets? Could we pick the winner? Ruth Padel, whose powerful Learning to Make an Oud in Nazareth looks for harmony in the Middle East through images of conflict and craftsmanship? Or John Burnside, a TS Eliot and Forward prize winner in 2011, and whose latest collection, All One Breath, was described by Ian McMillan as “full of mirrors”, with Burnside writing “in the mist with his finger”.

Pascale Petit’s Fauverie mingles images of her dying, estranged father with those of creatures in captivity; Fiona Benson’s debut collection, Bright Travellers, tackles sex and love, birth and motherhood, the riskiness of art; Kevin Powers, a former US soldier in Iraq, has seen his collection,  Letter Composed During a Lull in the Fighting, also shortlisted for the Forward best first collection prize.

Ian McMillan introduced Louise Gluck’s poetry, read by Carcanet publisher Michael Schmidt, with the words: “I love sunsets, tortoises and grapefruit, and I don’t want anyone to explain them to me … Louise Gluck’s poems are like that … she doesn’t mind if you don’t understand it.”

Arundhathi Subramaniam explained that her collection, When God is a Traveller , was partly about the fact that there exists in India “a spiritual a la carte; you can pick the god or goddess of your choice”. Michael Longley, a TS Eliot winner in 2000, read five short elegies from his collection The Stairwell, including three about his twin brother Peter.

Which one of these 10 fine poets will win? I really haven’t a clue. We’ll all know in a few hours’ time. This warm and frankly rather wonderful evening was concluded with another reading from Tom himself; the closing-time cries from The Waste Land, that end with Ophelia's words: "Good night, ladies, good night, sweet ladies, good night, good night." Nice to think of him sitting in a corner of the snug, jotting it all down, and then adding in a dash of Shakespeare for good measure.