'Separating and combining the senses': the art of the poetry film 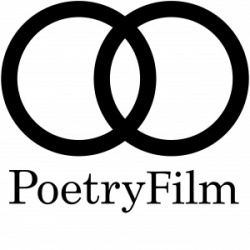 Have you ever wondered about combining your poetry with film? Frances Spurrier interviews Zata Kitowski, director of PoetryFilm, about the creative possibilities involved in the art form.

Thank you for agreeing to talk to Write Out Loud about your project.  Can you begin by telling us about how PoetryFilm started?

I started PoetryFilm in 2002.  It was quite a niche genre back then as no-one else was really thinking much of combining poetry and film. The project arose also out of my personal practice as an artist and poet. The PoetryFilm project explores the semiotics and meaning-making approaches of the art form.

How did the project develop?

Since 2002 there have been over 60 events, including screenings, festivals, live performances and talks. I have also given lectures and presentations at academic and other institutions, and I have judged poetry film competitions. PoetryFilm is now supported by Arts Council funding.

Sounds like you hit the ground running.  So what exactly would be involved for someone thinking of creating a piece of work based on a combination of film and poem?

There are different ways of approaching the art form. There might be a collaboration between a film maker and a poet but this does not have to be the case. An idea can start with a poem or with a film, or a piece of sound design, or a particular typography, or the work can emerge from a different angle.  There can be films based on poems, poems based on films, or material created as a unified artwork from the beginning. There can be text on screen, voiceover, or images can be used as the vocabulary. There can be sound films, there can be silent films. This is not a definitive list of approaches. There are many more.

How would you define the relation of the poem to the film and vice versa?

The question implies that there is a separation between the poem and the film. Some poetry films are created from the outset as a cohesive poetry film so in this way there is no separation. If the artwork did begin with a poem at the start of the creative process, or with a film, then there are various integration approaches. Duplicating the visual, verbal and aural content is a popular obvious interpretation; however, in my opinion, contrasting different elements is more powerful, playing with the presence and or absence of words, images and sounds. The poetry film art form is a fertile and creative area to explore, and the project celebrates many different approaches, both separating the senses and combining the senses.

And your personal practice as an artist?

My personal creative practice explores the creation, perception and experience of emotion and meaning. I have a four-week artist residency coming up in Iceland in January where I shall be developing new creative projects relating to science and art, inspired by volcanoes, boiling mud, and the Northern Lights. Arts Council England recently funded the cataloguing of the entire PoetryFilm Archive, which at present contains over 500 international artworks, and in March 2015 I shall be contributing a presentation about this archive to an AHRC-funded conference at Leeds University. In March I’m also travelling to CCCB Barcelona to deliver PoetryFilm programmes there.

Zata Kitowski is available to present curated programmes and talks about the PoetryFilm project and about the poetry film art form. If you are inspired to submit a piece of work to the project, or would like further information, please contact Zata at: info@poetryfilm.org

Further information about submissions can be found here. The next event is PoetryFilm Solstice at the ICA in London on Sunday 21 December at 3pm: Institute of Contemporary Arts, The Mall, London SW1Y 5AH. Tickets cost between £7 and £11 and are available from the ICA website.