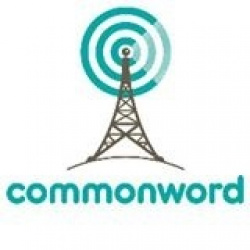 The Manchester writer development organisation Commonword is celebrating after having its  funding reinstated by Arts Council England, five months after it was axed.

Commonword had appealed against the decision, and said this week that it had recently been told that “following our official complaint and the Arts Council’s subsequent re-assessment of our application to become  a National Portfolio Organisation for the years 2015-18, Commonword’s  status as a National Portfolio Organisation has been fully approved”.

Commonword’s artistic director, Pete Kalu, said: “Commonword is delighted that  our strategic importance in the literature eco-system, both regionally and nationally, has now been recognised by Arts Council England.  Our track record of success in discovering, nurturing and promoting new writers is second to none. Our pioneering work ensuring new voices – especially those of hard to reach communities – are fostered and heard will now continue on a sure footing.  It is our evidence-backed belief that the fostering of such voices is crucial not only to the reinvention and invigoration of literature in the UK but that such voices, by their unique insight into our society, also enhance the common good.”

Alison Clark-Jenkins, Arts Council England’s northern director, said: “Our investigation of the complaint made by Commonword showed that there had been inconsistencies in the way we had applied our processes. We have a fair and robust system in place to address complaints and to look again at our decisions when it is clear that our processes were not followed.

“Following the reassessment of Commonword’s application we are pleased to announce that it will be offered funding of £94,247 per year over the three years from 2015-18 as a National Portfolio Organisation. Commonword makes a valuable contribution to literature development, as a writing agency focused primarily on diversity and equality and developing talent.”

Commonword’s chair, Deyika Nzeribe said: “We look forward to renewing our relationship with new writers and hard to reach communities in the north-west. This decision will be to the benefit of hundreds of north-west writers, particularly diverse and young writers. We thank everyone for their support and persistence during the difficult last six months.”

On its website Commonword lists a number of writers it has helped along the way, including Lemn Sissay, Mike Garry, Anjum Malik, Ben Mellor, John Siddique, Dominic Berry, Henry Normal, Joan Ncube, Keisha Thompson, Rosie Garland, and Shamshad Khan. In previous years Commonword has also organised the Superheroes of Slam contests, an annual series of slam heats across the north, including Newcastle, Leeds, Liverpool, Oldham, Wigan and Manchester, culminating in a final in Manchester.

Background: ‘We will emerge stronger’

◄ Doctor with the right medicine: Write Out Loud interviews the Emergency Poet

So deserved- so pleased for you all xxxx