In praise of three poets from the West Midlands 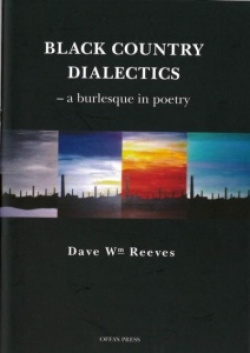 There is no shortage of literary talent coming out of the West Midlands and Offa’s Press is leading the way in promoting some its finest voices to the attention of a wider audience.

Nick Pearson is a Forward Prize nominated poet whose work has been widely published in anthologies and magazines. His first collection, Made in Captivity, draws together a range of work written over the last 10 years. Very much a poet of the urban scene, Pearson is at his best when he is writing about life in the office. Petty officialdom and its attendant frustrations fly off the page in poems where the characters, collectively and individually, are sharply delineated and acutely observed. His subjects are office women “who probably think they look a mess” on wet days; the dreaded annual appraisal (a piece that sends up magnificently the absurdity of the whole exercise); the irritations of working with computers when the screens perpetually “freeze”; the new boss “who thinks there’s going to be changes” and the sanctity of the office lunch break where the poet contemplates a “solitary reader with his silent apple”.  These poems, written from a sense of being in captivity, are seasoned with a good dose of humour.

The ability to be serious and light-hearted at the same time is effortlessly brought to the fore in the poem called ‘La La La’:

a dress change in every verse.

There are other poems here that also delight. Poems about industrial towns, small-time obsessions, neighbours cleaning their cars and, in ‘Dwellings’ the end of an era when, in 1967, the last family was finally evicted from the caves at Holy Austin Rock on Kinver Edge, near Stourbridge, with views over the West Midlands coutnryside.

After that day trippers out walking the Edge

could no longer stop to meet the Flintstones,

ponder a world deep beyond their window.

As a small child I can still remember the surprise of seeing these families living in their caves and so this poem resonates with me. But there will be much in this collection which will speak to others as well because Pearson gives us cameos of contemporary life which we can all readily identify with.

Dave Reeves is arguably the most well-known of the three poets presented here. Since first appearing in Poetry Australia in 1974, he has been published widely and is known for his lively performances where he often presents a mix of the spoken word with props and music. He is committed to the Black Country and its people and has been involved in a wide range of community-based activities and writing residencies which centre on the work of preserving the local history of the area.

Black Country Dialectics is a fine collection of work which is first and foremost characterised by humour. This is achieved by various means including wordplay (exhibited in ‘A Black Country Guide to Computers’, the juxtaposition of dialect with Standard English, the humour of overheard conversation, a setting of a foreign classic, Don Quixote, into a Black Country context, the transference of a Black Country setting to the American Wild West (‘Saturday Night in Dodge City’). There are allusions to Dickens (‘Boz in the Black Country’); Purcell, Billy the Kid, local characters and folklore. Stylistically, his work veers towards the ballad insofar as these poems are stories told in verse. In ‘Saftness’, a working-class attitude to book learning sets the scene for what is to follow which is, by extension, a clash of cultures.

The poems are located in specific settings: the fairground, the street, the industrial landscape and winter in wartime. Throughout all this, there is no trace of sentimentality or nostalgia. Reeves tells it as it is (or was) and he does it very well. The book is accompanied by a CD which gives the listener an opportunity to savour the dialect and to gain an insight into Reeves’ undoubted abilities as a performance poet.

Editor, writer, teacher and poet, Jane Seabourne has lived on both sides of Offa’s Dyke. She grew up in south Wales and now lives over the border in the city of Wolverhampton, in the heart of England. As a teacher, she enjoyed a successful career spanning over 25 years working in a variety of schools and colleges of further education. A tireless enthusiast for the cause of poetry and a well-known mentor to other local writers, she now runs writing workshops and is regularly invited to perform her work at spoken word events throughout the West Midlands and beyond.

Seabourne demonstrates her acerbic wit to perfection in her collection entitled Bright Morning. Here, humour is expressed in wordplay, as in the many definitions of the verb “to know” (‘What I Know’) and invention, where a person watching birds is also watching humans who are watching the person watching birds (‘Big Garden Birdwatch’). Her themes are many and various drawn from everyday life. There is a brilliant sonnet about girls out on the razzle titled ‘Carpe Noctem’; the seven-year itch (‘Seventh Wife’); domestic upheaval (‘Potted Anger’); character sketches (‘Dr Johnson’) and the perils of commuting where passengers are forced to listen to other people’s conversations on the dreaded mobile phone.

There are striking images throughout the book. In What I Know a series of them flows effortlessly off the page:

I know (but have no proof) that God is dead,

that when I die, I’ll walk a corridor

with matt emulsion walls, and when I reach the end,

I’ll find a door and open it onto oblivion.

Later, in the same piece we find humour bound up with literary allusion:

I know April is not the cruellest month -

September is. Ask any teacher.

Later still, the mood changes to a more lyrical tenderness:

I know I once was “clear winter”

but now have faded to a subtler time of year.

The poems are well-crafted and executed with perfect timing. This is an accomplished first collection that leaves us eager for more.

Neil Leadbeater is an author, essayist, poet and critic living in Edinburgh. His short stories, essays, articles and poems have been published widely in anthologies and journals. His most recent books are Librettos for the Black Madonna (White Adder Press, 2011) The Worcester Fragments (Original Plus Press, 2013) and The Loveliest Vein of Our Lives (Poetry Space, 2014).

Doctor with the right medicine: Write Out Loud interviews the Emergency Poet ►