Photographic portraits of leading poets on display at touring exhibition 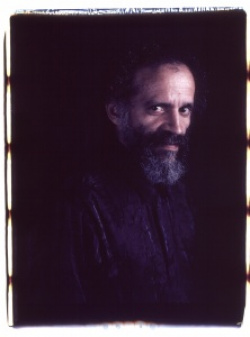 This photographic portrait of John Agard by Maud Sulter is one of a number of poets on display at Picture the Poet, a travelling exhibition currently at the Graves Gallery in Sheffield until Saturday 29 November. Picture the Poet, presented by the National Portrait Gallery in partnership with Apples and Snakes and the National Literacy Trust, includes portraits of Benjamin Zephaniah, Simon Armitage, Carol Ann Duffy, Michael Rosen and Sir Andrew Motion. Just before the exhibition closes in Sheffield, there will be a special night at Graves Gallery, Picture The Poet Live, featuring John Agard, who won the Queen’s Medal of Poetry in 2012, and American slam poet Buddy Wakefield, on Friday 28 November at 7pm. It will also feature local poets Gav Roberts, Stan Skinny and a performance by young people who have written work inspired by the exhibition.