Waiting for the dawn: lyrical perfection from Alice Oswald 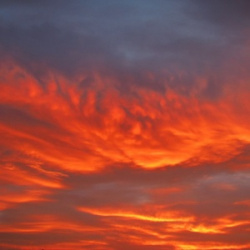 All the lights went out last evening and we sat in pitch dark at the Purcell Room on the Southbank for the commencement of Alice Oswald’s Tithonus: 46 minutes in the life of the Dawn, commissioned by and performed at the London Literature Festival. The dawn - the light - slowly rises during the performance.

It is said that the dawn fell in love with Tithonus and asked Zeus to make him immortal, but forgot to ask that he should not grow old. Unable to die, he grew older and older until at last the dawn locked him in a room where he still sits, babbling to himself and waiting, night after night, for her appearance.

What you hear is the sound of Tithonus meeting the dawn at midsummer. His voice starts at 4.17pm when the sun is at six degrees below the horizon, and stops 46 minutes later, at sunrise. This is an account of his babbling, written in real time, through a series of dawns from spring to midsummer 2014. It is a poem about survival.

This extraordinary performance of an extraordinary work was accompanied by an instrument of Swedish origin known as a nykelharpa. Quite literally, a haunting experience - and a lesson too for those of us who dare not read even a sonnet or haiku that we have written without the book in front of us. Oswald performed the whole piece bookless.

I was already a fan of this poet, but now my admiration is boundless. My companion made the point that the work contained quite a lot of repetition, which it does, but that is because the poem represents the babbling of a man who has sat every night for 5,000 years waiting for the dawn. Under such circumstances most of us would be repeating ourselves. When the repetition is of such lyrical perfection, who’s complaining?

After it was over, I would have happily sat through the whole thing again.  I do not think I have ever been to a reading when I could put my hand on my heart and say that.

Suits you, sir: footslogging poet Joe is a winner as he sells new poems on the streets ►

Poetry as theatre, seemingly. It sounds quite an experience to have witnessed, Frances.