It's all happening at the zoo: poetry weekend in Regent's Park 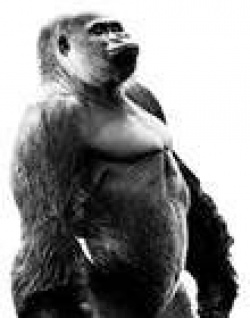 A poetry weekend, including the launch of the latest issue of Poetry London magazine, is being staged at London zoo from 3-5 October. The autumn 2014 issue of Poetry London, which is celebrating its 25th anniversary, is being launched on Friday 3 October. Readers include Laura Elliott, Sean O'Brien, competition judge Michael Symmons Roberts, and competition winners Jon Stone, Beverly Nadin and Stephen Sexton. The editor of Poetry London, Ahren Warner, is also the Zoological Society of London’s writer in residence. On Saturday, from 1-2pm, four leading poets - Fiona Sampson, Pascale Petit, Ruth Padel, and Niall Campbell - whose work engages with nature, wildlife and the natural world will give readings. From 11am until 4pm on Saturday and Sunday, 4-5 October, children and adults can take part in poetry workshops in the Activity Den at the zoo, and other family activities include a poetry trail, and readings of poems including William Blake’s ‘The Tyger’ and Roald Dahl’s ‘The Anteater’. There is also a poetry competition, open to all, with a deadline of 12 October. On Sunday poets David Harsent, Ahren Wanrer and Emily Critchley will take part in Poetry Sauvage. More details