Bad Queen Mab a story from 'The Bond Grimoire.' 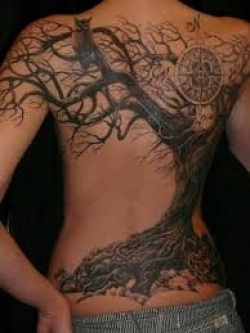 Once upon a time, in a land not far away, there was a little girl named Hazel. She was a good girl who liked rabbits. She also liked books. This is the story of how that little girl became cursed by the worst  faery  curse ever. Cursed by Bad Queen Mab.

Hazel  used to love to read her books late at night under the covers with a secret torch to light the pages. She had been warned by her father before to always go straight to bedand straight to sleep or else Bad Queen Mab would come and get her and that would mean trouble. But Hazel just thought her dad was daft and Welsh and took no notice. Little did she know that the Welsh are famous for being able to speak in faery languages of all descriptions and that they carry the secrets of the faery kingdom with them in their big airy lungs. And so, she took no notice.

Until one dark night, Bad Queen Mab had been out on the stinking piss again in Faeryland town and blundered into Hazels bedroom by mistake on the way back, with a mouthful  of curses. Hazel took no notice because she was good at doing that and because her book that night was a particularly good one. Bad Queen Mab was a jealous faery and did not like it when all the attention, especially that of a human girl was not placed on her. She grew angry and spit out the nastiest curse on poor little Hazel for daring to mind her own business.

Hazel did not see the dark green smoke that filled the roomand did not see it creep under the bed covers and onto all the pages of her book. But as she read a little longer she did see the words of the book swirling  in the air and fighting to finda new position on the page. After straining her eyes to see through the smoke, Hazel saw the new letters forming new words. She quickly flicked through the book and all the pages were changing. Chapter and chapter until at the end ofevery story read the lines, ‘happily ever after.’

Which was strange because they never used to say that at all.

Queen mab had passed out under the wardrobe and so Hazel was alone under the bed clothes when she tried to figure out what had just happened. She started at the beginning and searched the pages of ‘The girl with the red cape’ Horrified, Hazel found that the girl with the red cape, ‘Rasta’ had her name changed to ‘Rebecca’ and was wearing some kind of riding hood. 'What's a riding hood?' she thought. Whilst this were not so bad Hazel was appalled to read on and see that ‘Rasta’ was no longer shacked up with the big bad wolf in their funky cottage in the woods. No, she' d stopped smoking altogether and suddenly needed to go see her aging grandmother instead of doing her yoga and painting horrible pictures as usual. She’d taken up going to the shops for food instead of eating wild mushrooms like she always did. This new 'Rebecca’ was suddenly lost all the time and the  big bad wolf was now a bit of a dick, hiding behind trees and dressing up in womens clothes.

‘Dearie me!’ though t Hazel. Whatever next?

Next she read that Snow and the seven dwarves had been equally ripped off. Snow used to play ina band with the 7 deadly dwarves, a group of guys she loved to hang about with because not only were they deadly musicians but they made her look so tall. She would often stay over at the band house and make a load of big brews in one go using the 'gong' inscribed ‘pot head pixie’ flying tea pot. Well this had all changed.Snow was replaced by a soft singing girlie who liked house work and slept a lot (she apparently had a habit of snorting coke to assist her with her tidying and was always on a come down cos she was also broke.) The true Snow was known to stay awake for days AND nights as an experimental way of writing songs.this was all wrong.

Hazel wondered what she could do at this point. As she honestly was a bit Welsh herself, she had a look at the bird song parts in this new scenario. (Obviously the Welsh can also understand bird song.) The crows were clearly all talking about how Snow was now said to be on drugs and always wrecked. Even the dwarves were all pissed off cos theyd lost all their royalties from the  ‘Hi Ho’ album sales which no longer existed as the band was not the band without the real Snow.

All this cos of Bad Queen Mab's curse.

Hazel started to fear there was a reason for these terrible changes to her favourite stories, because there at the end of every story were those awful words, ‘happily ever after.’

‘What is that all about? ‘ she thought.

Then she saw it…a new illustration of a some kind of prince coming into the picture. ‘What's he doing in my woods? thought Hazel, 'All tarted up in a suit made out of shiny metal? Hazel thought that sort of thing was only for Bon Jovi fans, but no this was a prince from a far off land. This was no ordinary prince either. This was the ‘Good Prince Charming’ that she had read about. When Hazel read that all the best girls in her wonderful world of ‘The big book of Faeries ( Scandinavian, ltd. Edition)’ had accepted their terrible fates on Badqueen Mab’ words that this guy and his friends were going to rescue them all and take them to live in a golden castle where they could be kept as queens..She said that which she could only say..

‘Im not having that! Rasta and Snow would never be so stupid as to fall for that.’

But the word from the birds kept calling all about it. They said that even Cindy Rella had had her name changed too and gave up her happy existence as  a freelance magic broom maker to live with this Charming fella or one of his mates and was duped into cleaning up after his two faced bitchy sisters and his mum.

‘God!’ Hazel was disgusted. The curse had worked on them all.

But that wasn’t it.

The curse haunted Hazel for years and years and she was forever in fear of a life as ‘Mrs Charming’. Hazel tried her best to try and forget it and fit in with the new world by finding her own Charming in a sea of men either too damn charming or just not enough. But it didn’t matter how long she made her hair extensions, whenever she tried to put them out the window for a suitor to climb , he couldn’t keep hold of her wild and wiry, Welsh, red hair and they fell back down and ran away like the others that didn’teven try.

Hazel called up Quen Mab in a temper..’Get thee here you little bitch!' she shouted…Ill get my dad to chop your head off you nasty thing for coming upwith this terrible invention you call marriage!'

‘Queen mab was on a bit of a downer at the time. Out of guilt she appeased Hazel and invented a get out clause and it was sewn through faery land that if people didn’t like the new ways of marriage they could get a ‘divorce.’ But queen Mab’s guilt trips don’tever last that long and so when she went back on the lash, she got really smashed and spun a new curse she called ‘the Catholic Church’ just to annoy everybody.

Everyone in the whole world was so enraged about it, they banished Mab to live under a slimy stone in depths of the smelliest bog where she lives to this day.She has never shown her face since cos the Chief Owl of Faery woods declared leniency and said that she could have 6 cans of special brew put under there with her every day, to be delivered by the horned back toads.

So that was that. But what of Hazel and her friends?

Well , Hazel grew up  doing everything she could think of to not get married. And that should mean this story ends with happily ever after like all the rest…But Queen Mab's curse was stronger than anyone thought and still floats about Hazel even now. You see, whenever Hazel meets a nice man she likes the look and sound of, he turns out to have a marriage ring upon his finger. This means that she cannot even look at him without there being trouble.

The trouble with the curse is, that even if she and even if he don’t care about the ring..Mab was very clever and made sure Hazel had the worst curse in town... Even if they did not care about the ring, just one true kiss from the man Hazel likes, the man she would have quite liked to be with sometimes..That man’s heart would feel a shard and it would stab it till it bled. As with that kiss he would know himself a liar and a cheat to the girl he has married at home.

And hazel would always be able to see this in his eyes.

So the moral of the story is it may be hard to be a girl and it might be a good idea not to stay awake all night and read and drink cups of pot head pixie tea like your dad says, but if youre clever enough to like your own being and to know this is a gift best left alone, then you might at least escape forking out for a fancy dress youre only going to wear  once and get to play all your favourite music at home all the time just by staying vigil lto the perils of Bad Queen Mab, Hazel and the girls.