Performance Poetry at the Edinburgh Fringe 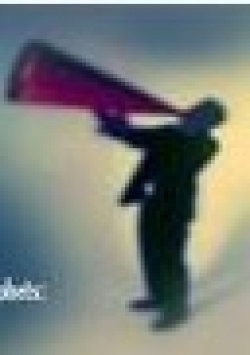 Here's the last of Helen Shay's reviews from the Edinburgh fringe festival, we hope you have enjoyed them - let us know what you think about this feature. Thanks Helen, your work was most appreciated.

There is a vibrant performance poetry scene at the Edinburgh Fringe.  The problem is finding it.
The potential is vast and performance poets should not be deterred from bringing their work here.  However, an outline of the position, as I have found it, may help any who may consider doing so.
During the weeks I have been here, I have discussed the scene with many, including the poet-in-residence at the Pleasance (Leon Conrad), a representative from the Scottish Poetry Library (Angela Blacklockbrown) and poets performing in the Fringe and at the Book Festival (such as Luke Wright, Jude Simpson and Donny O' Rourke).  A common theme is the Festival's failure to recognise fully the popularity and potential audience for performance poetry here.
For one thing, there is no separate section in the Fringe Brochure (the bible of any fringe-goer).  Poets have to place themselves uneasily in a category such as Comedy, Theatre or even Musical, which does not completely fit.  There is not even a reference in the index to 'poetry', so trying to find a show  comprising it becomes very hit-and-miss.  When asking at the venues themselves, I was often misdirected, usually - for some reason I have not yet fathomed - towards physical theatre.  (Do poets have a reputation for being acrobatic?)  In desperation, I did attend one such show (having been assured there was poetry also performed within it) - "Doing My Bit", Roxy.  Whilst Zoe Lewis gave a brilliant performance of dramatic narrative, skilfully interweaved with dance from all corners of the globe, whilst remaining set in East London, there were no performed poems amongst it, as the venue promised.
However, poetry is not so completely a poor, misunderstood relation at Edinburgh, as this might imply.  Luke Wright organised a large scale 'poetry party' early on in the Fringe, which attracted the likes of Lemm Sissay and Polar Bear, along with a wide range of poets well-known on the performance circuits.  The Pleasance poet-in-residence is working hard to heighten the profile of poetry here, organising daily competitions at the Pleasance Dome and also children's poetry events.  He also hopes to collate a type of communal flyer/poster/programme amongst performance poets at the Fringe in future.  There are some open mic venues, such as at Club West each night and 'Zoo Idol'  at Zoo Southside each Wednesday.  However, as I found when I went along, you will be mainly amongst stand-up comedians (but as I still got 3 stars as the only poet, the audiences seem to want the variety).

There are some excellent performance poets here (see reviews posted) ranging from hardy annuals like John Hegley to Fringe virgins like Helen Burke.  If you are thinking of bringing a show here, do not be deterred.  (Even I am thinking of doing it next year.)  However, do not underestimate the amount of time, effort and organisation involved (not to mention expense - but that's another story).  It may also help if you're a bit of an acrobat!