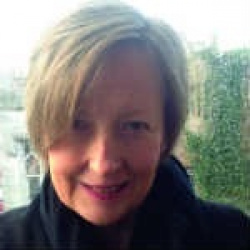 Linda France has won this year’s £5,000 National Poetry Competition with her poem ‘Bernard and Cerinthe’. It imagines an erotic encounter in a greenhouse between a shy man and an enticing flower. Judge Jane Yeh described it as a "strange narrative" and "truly imaginative and musical … as much a pleasure to read on the page as it is on the tongue". France is based close to Hadrian’s Wall, near Hexham in Northumberland. Since 1992 she has published seven poetry collections with Bloodaxe, Smokestack and Arc, including The Gentleness of the Very Tall, The Toast of the Kit-Cat Club, book of days and You are Her. She has worked on numerous collaborations with visual artists and musicians, as well as public art projects, and also edited the 1993 Bloodaxe anthology Sixty Women Poets. Paula Bohince (‘Among Barmaids’) was second, and Josephine Abbott (‘Love on a night like this’) came third. Commended poets were Elaine Gaston, Carolyn Jess-Cooke, Debbie Lim, Danica Ognjenovic, Ken Taylor, Tom Warner, and Patricia Wooldridge. The other judges were Julia Copus and Matthew Sweeney  - and there were 12,085 submissions. You can read the winning poems here

In the name of Dorothy: festival of women's poetry at Grasmere ►

Thanks, Dominic. Hopefully people have cottoned on to the fact that you can also read all the 10 top poems by clicking on the links in the story. My favourite one is 'CCTV Central', on the list of commended poets.

I've received a copy of the top poems in the prize, supplied by the Poetry Society(I'm such a joiner). Linda France's poem is clearly good: sound, movement in flavour and texture, the presence of the flower - I'm not so sure about Bernard. Is creepy the new sexy? He supplies a queasy softness among the hard stems of the greenhouse. Anyway, a strong poem, and if it's not my cup of tea, that's the way of it. My favourite was the commended: Gift of the Sloth, by Debbie Lin.
Linda France gave a highly articulate interview, and on the subject of the competition: "You enter these things and you don't expect to actually win." Good for her.